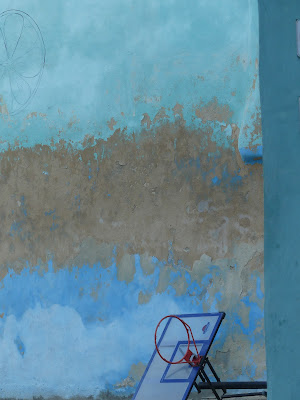 Yesterday I started  making chutney.  It was to use some of the amazing Bramley apples that our  neighbours and friends Rick and Joanne had given us.  Each apple the size of a large grapefruit.  Delicious to slice and eat and perfect for cooking. While we lived in the Cowichan Valley, I made about 100 jars of chutney.  Apple, pear, plum and stone fruit combinations of apricots and peaches.  But that was over 20 years ago.

Initially, I likely followed a recipe but I soon dispensed with that and, as my mum used to say, I now fly by the seat of my pants.

This time I wrote the quantities down as I added ingredients to the saucepan, scratching out and rewriting the numbers as they were altered. 1 cup of brown sugar became 1 1/4 cups and the amount of chopped crystalized ginger increased as well.

I have always loved making chutney, both because of its forgiving nature and because of the wonderful smell that fills the kitchen as it simmers.  Though it needs almost constant attention as it cooks down and thickens, there is a meditative nature to the process. 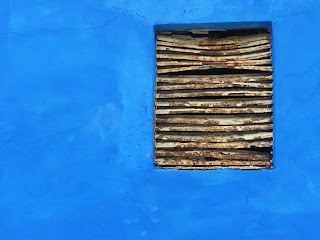 A perfect pot, a wooden spoon and lots of time.

I shopped for most of the ingredients for this year's chutney at my local small supermarket, Pepper's, and at the next-door bulk food store, For Good Measure. Apple cider vinegar, Black River organic sweet apple cider and ginger root from Pepper's and sun-dried apricots, brown sugar and both organic crystallized ginger and Thompson raisins from the bulk food store.

I went to another store to find small B.C. pears that were perfectly ripe.

All of these purchases because I had been gifted a small bag of beautiful apples!

All of these purchases made in our neighbourhood. In stores where I had an array of choice. Three kinds of raisins, four varieties of brown and raw sugar, several choices of pears and a number of apple vinegar varieties.

Now, step back two weeks to when Brian and I were in Havana/Habana, staying once again at the casa particular with our wonderful hosts, Rafeala  and Willie.

Riding in Willie's diesel -powered old Renault, we started off to find cheese for me and apple juice to settle Rafeala's stomach. 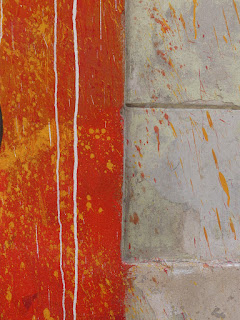 We drove about 1/2 hour to the shopping centre I had visited with Willie in May. We paid to park and then went to line up with several dozen people patiently waiting their turns to enter the supermarket.  Only a certain number of people can  shop at the same time and shopping bags are carefully examined with the bill of sales upon exiting.

Rafaela spoke to the person who was monitoring access to inquire about the variety of cheeses available on this day.  There was only one kind and Rafaela told us that it was very acidic and unsuitable.

At the second fairly large store we saw two young men unloading cartons from a truck and placing them near the store's back entrance.  They told us that the store was closed because of this and didn't know when it would reopen.

Willie voiced a refrain I was becoming familiar with..."That's Cuba!".

A third store was closed though a sign on the door cited its hours as 9 a.m. until 6 p.m.

At the fourth store Willie again paid to park and Rafaela and I entered.  She instructed me to crumple up my shopping bag so that there would be no suspicion of shoplifting.  Finding that there was no cheese, we went to the aisle that held juice.  Rows and rows, shelves and shelves of pineapple juice.  Every tetra pak of juice identical to its neighbour. Nothing other than pineapple juice.

The fifth store again had neither cheese nor apple juice.

The sixth was closed. 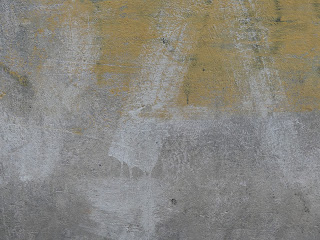 The seventh store had cheese!  A tiny free-standing counter had small pieces of Gouda and a stack of the cheese already sliced.  Rafaela suggested I buy 5 CUC (tourist money, 1 CUC equivalent to about $1.35 Canadian) and the employee cut and wrapped it for us.  While Raphaela was chatting, I took a brief walk around the store, my flattened bag tucked under my arm.

Whereas the other supermarket had many hundreds of containers of pineapple juice, here I saw an entire aisle with its shelves stacked only with bottles of cooking oil. One variety. The oil I see in my casa's kitchen.

Several months previous, in Habana, there had been a shortage of this very same oil! 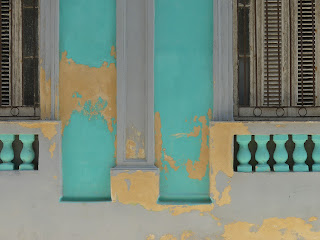 When I visited Havana this time, I filled a portion of a carry-on suitcase with "treats" for Rafaela and Willie.  I had searched many stores for the more delicate pink peppercorns that Willie had once tried and now coveted. (Root Cellar- three containers) Wonderful shampoo, several bars of gentle Dove soap, full-sized Pro-Enamel toothpaste, many freezer Zip Lock bags (forgive me!) Polysporin, Tylenol and lots of bandaids.

On my previous trip to Havana, I noticed that Willie had bought four bandaids from a pharmacy.  Bandaids purchased individually. So, on this trip, I brought every size and type of bandaid I could find as well as gauze pads and both plastic and paper tape.

And, of course, small cars and trucks for their much-loved young grandson.

A contrast from my life?  For sure. 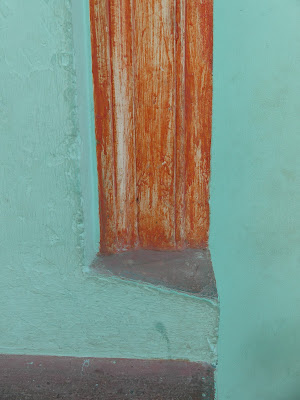 I have a wee piece of paper from a wrapped gift I had received that says "thank you".  I keep it in the centre of our dining table and look at it many times a day as a reminder.

To remember how very fortunate I am to be living in Canada, and in this city, Victoria.

And to remember how fortunate I am to have a home and enough money to live comfortably and to share some of it with people less fortunate.

Every day be kind.  Be generous.  Don't judge.  Be thankful. 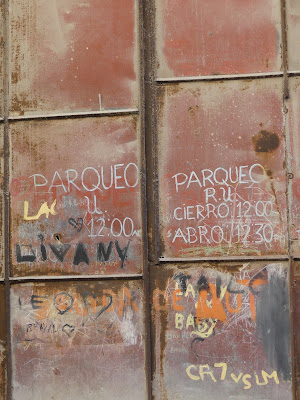 In a heavy bottomed pot mix the ingredients and bring to a gentle boil.  And now it's the meditative part!  Reduce the heat and cook, stirring often, and stirring even more often as the chutney begins to blend, darken and thicken.

Slow cooking takes longer but tastes better! The vinegar looses its bite as it gently cooks.