I have again been pondering the slippery and elusive questions of 'doing good', particularly when there is great danger involved.

A friend recently sent me a youtube video of people taking great risks in order to save the life of a pet, generally not their own.  Going into rushing water or hammering spikes into the rock-face in order to reach a stranded dog.

Last evening I finished Until Thy Wrath Be Past, a mystery novel by Asa Larsson, in which 4 young men in the Swedish resistance movement during World War Two were savagely killed.  A pretty young woman consented to be used as bait, to first uncover their hideout and then to lead the German officer to murder them. 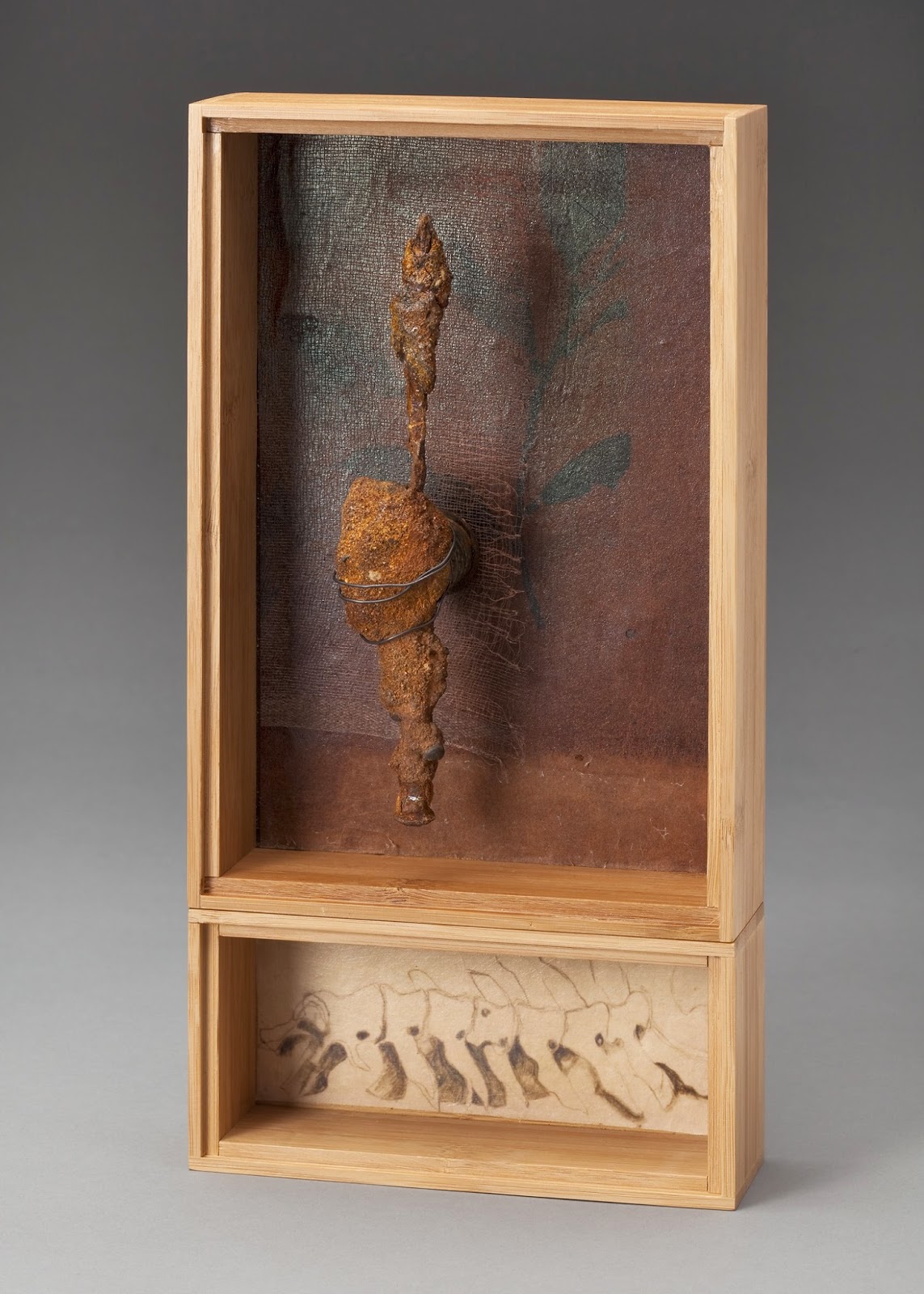 Members of the resistance movement in numerous countries played an important part in defeating Nazi Germany's military might. As an example of their dangerous missions, the Polish resisters 'destroyed 1,935 railway engines, derailed 90 trains, blew up three bridges and set fire to 237 transport lorries. However, such a success came at a cost as the reprisals by the Germans was savage in the extreme.'* *http://www.historylearningsite.co.uk/poland_resistance.htm 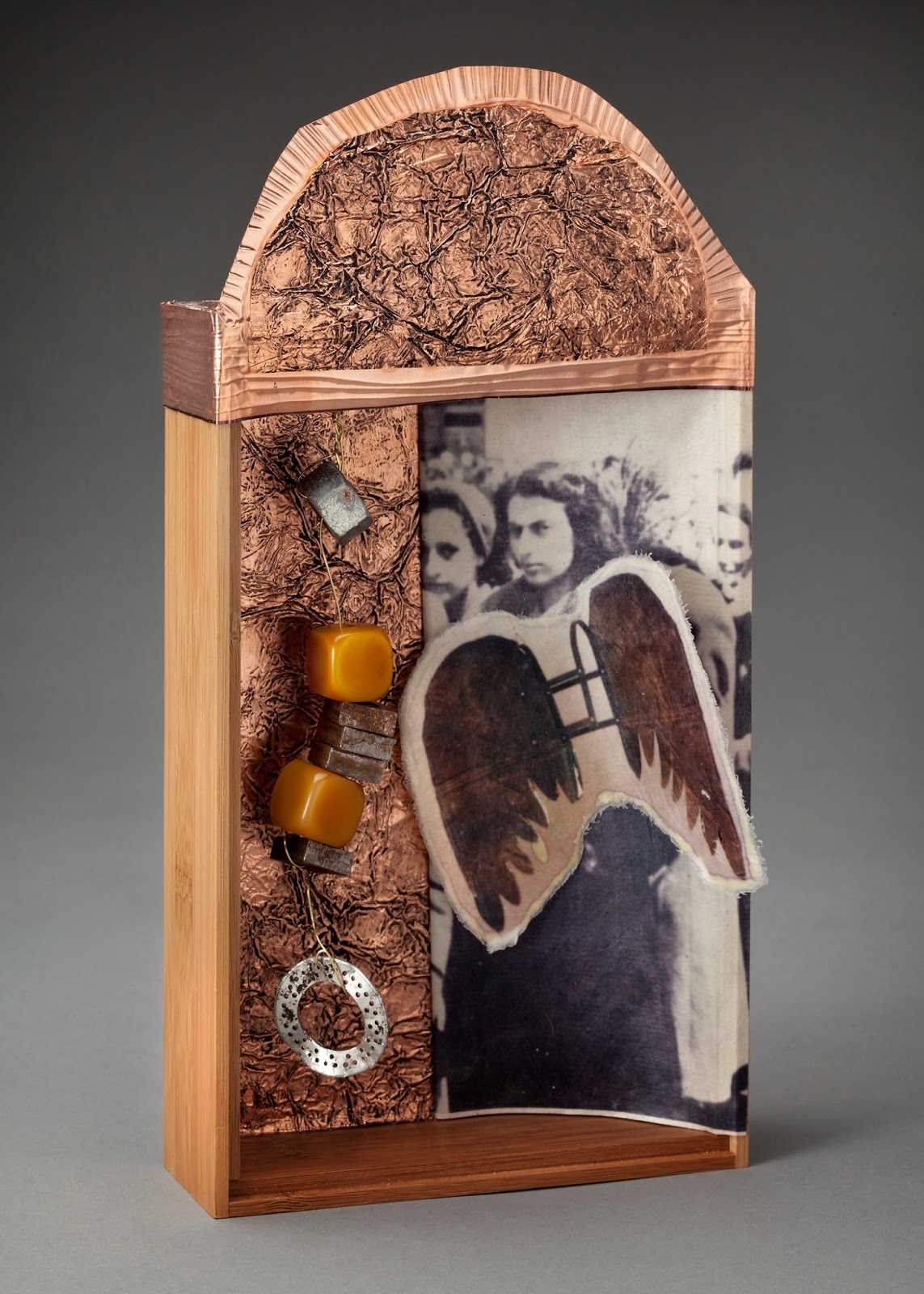 I frequently think of the supremely brave people who hid their Jewish friends and acquaintances within their own homes- behind a camouflaged wall or a hidden attic room.  If discovered, they were killed along with the people they were sheltering. Often it was their own neighbours who became suspicious and reported them to the local SS, sometimes receiving a bag of sugar as payment.

Was this solely a moral decision? A push
against injustice and evil? Was it the embrace of the righteous, helping the innocent survive?

I used to think of this so often, I actually became obsessed with the fear that I might have been a Nazi in a former life.  (Never mind that it would have been a very speedy reincarnation!)  So intense was this feeling, that, when in Britain more than 20 years ago, I went to see a woman who was skilled at leading her clients into a trance-like state where one could go back in time, into previous lifetimes.

While mentally fighting the loss of control this entailed, still I saw myself as a young child in a long-ago time, seated at one end of a long English table, with a bowl of porridge before me. There was an extremely large and deep hearth to my left.. The room was chilly, despite the fire. My doubting, rational self pulled myself away from this vision, back to the 1980s and to the small sitting room of the practitioner.

Googling 'past-life regression', I found that ancient Indian literature mentions past-life regression, while wikipedia writes that 'in the religious mythology of China, the deity Meng Po, also known as the "Lady of Forgetfullness", prevents souls from remembering their past lives: she gives them a bittersweet drink that erases all memories before they climb the wheel of reincarnation.'

While I no longer believe that I might have been an SS officer, the questions surrounding courage, belief and commitment are still with me.

The role of collaborator, as the Red Fox was in the Larsson book, seems foreign to me; while she flirted with vanity and power, four people were sacrificed. In the story we see her as a bitter, hateful old woman living with her horrid husband who knows her role as a spy and what she had done.

I hope I would have been brave enough, compassionate enough to shelter someone from persecution during those terrible times. To contribute to light, not darkness.

My job is to be that person now. 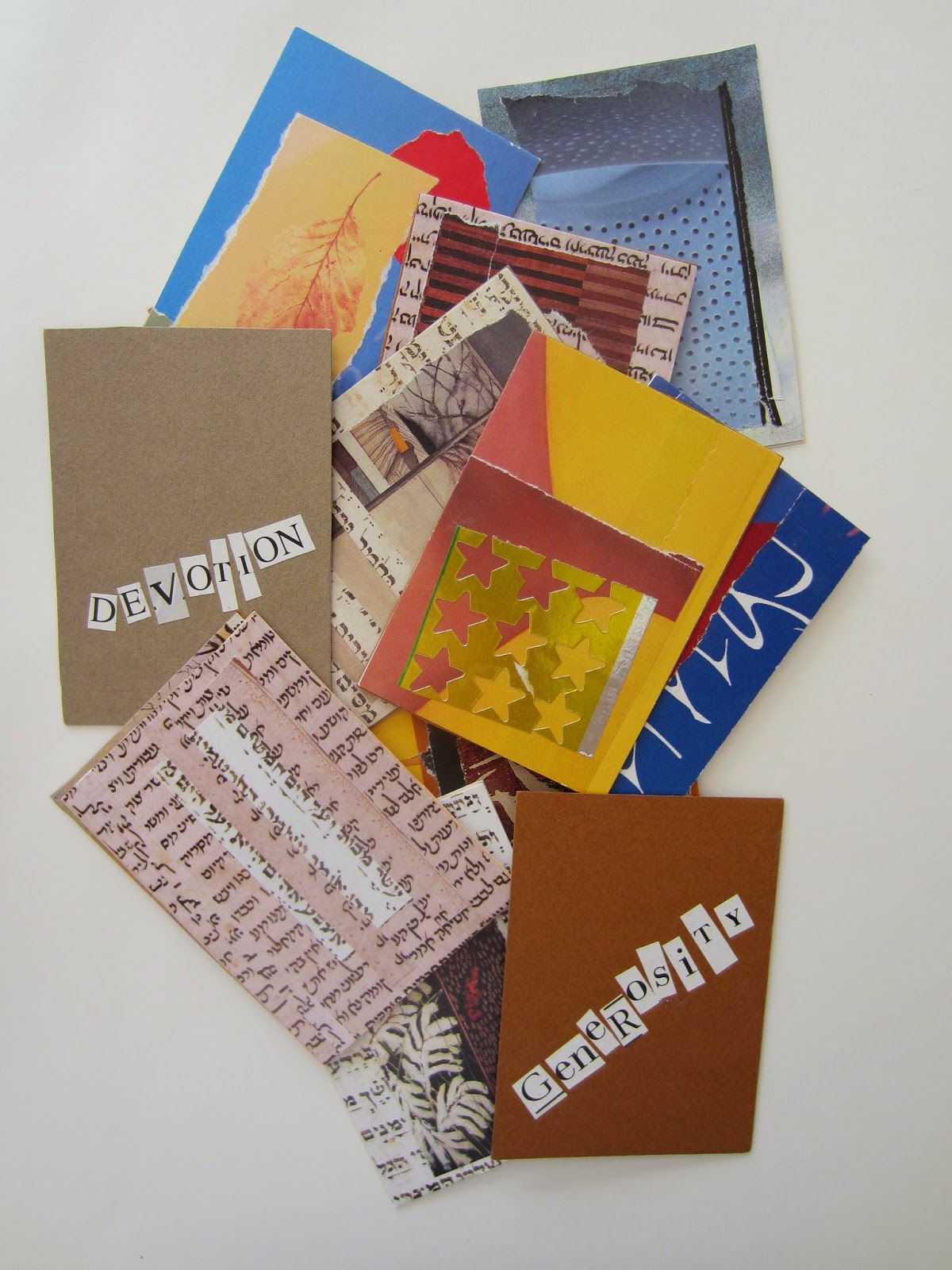 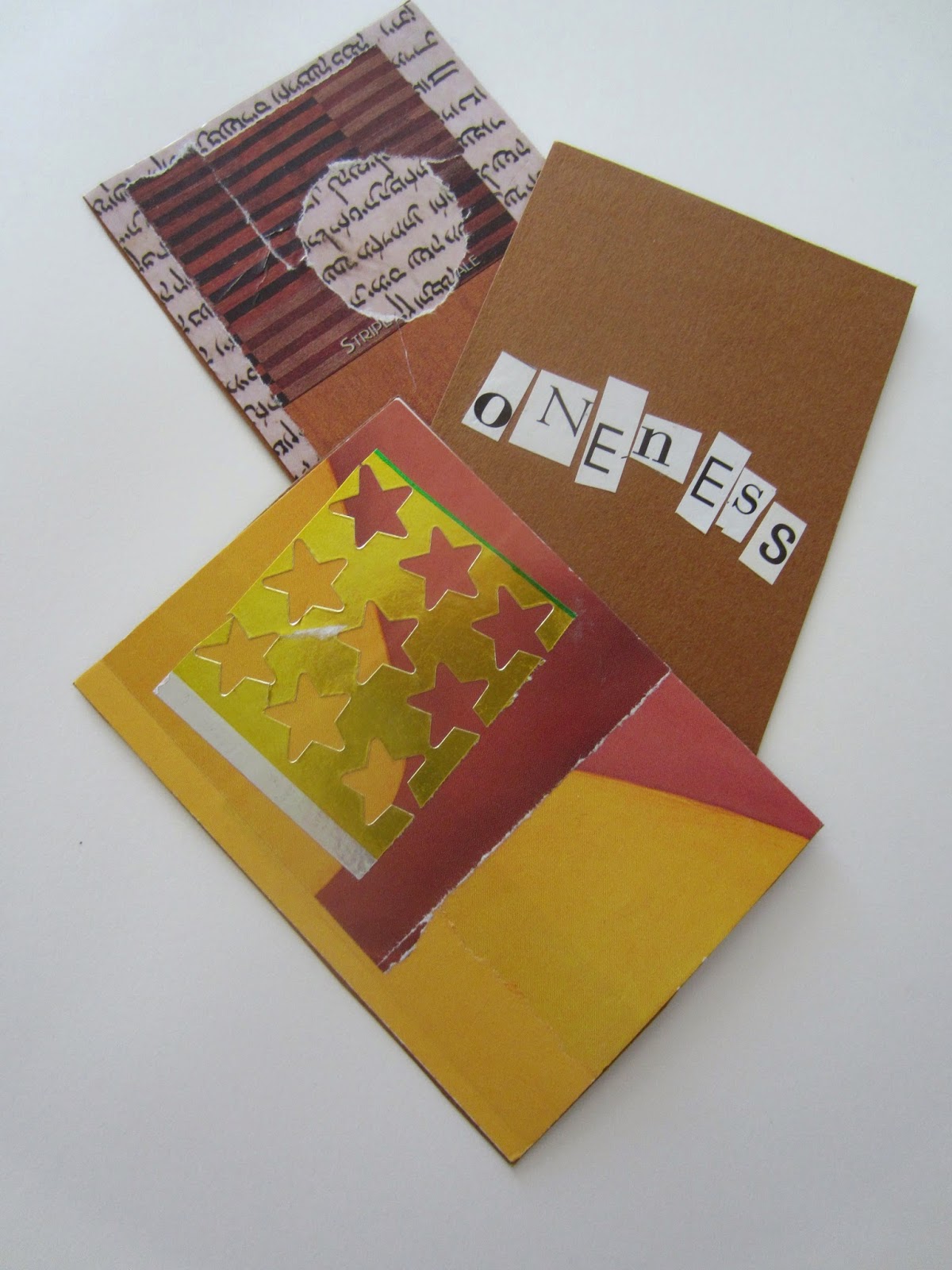 
An interesting site: Holocaust Resistance- Living and Surviving as a Partisan
http://www.jewishvirtuallibrary.org/jsource/Holocaust/partisan1.html

Posted by fromtheothersideofseventy at 15:37 5 comments:

This afternoon, I went outside to once again photograph the weeping larch. 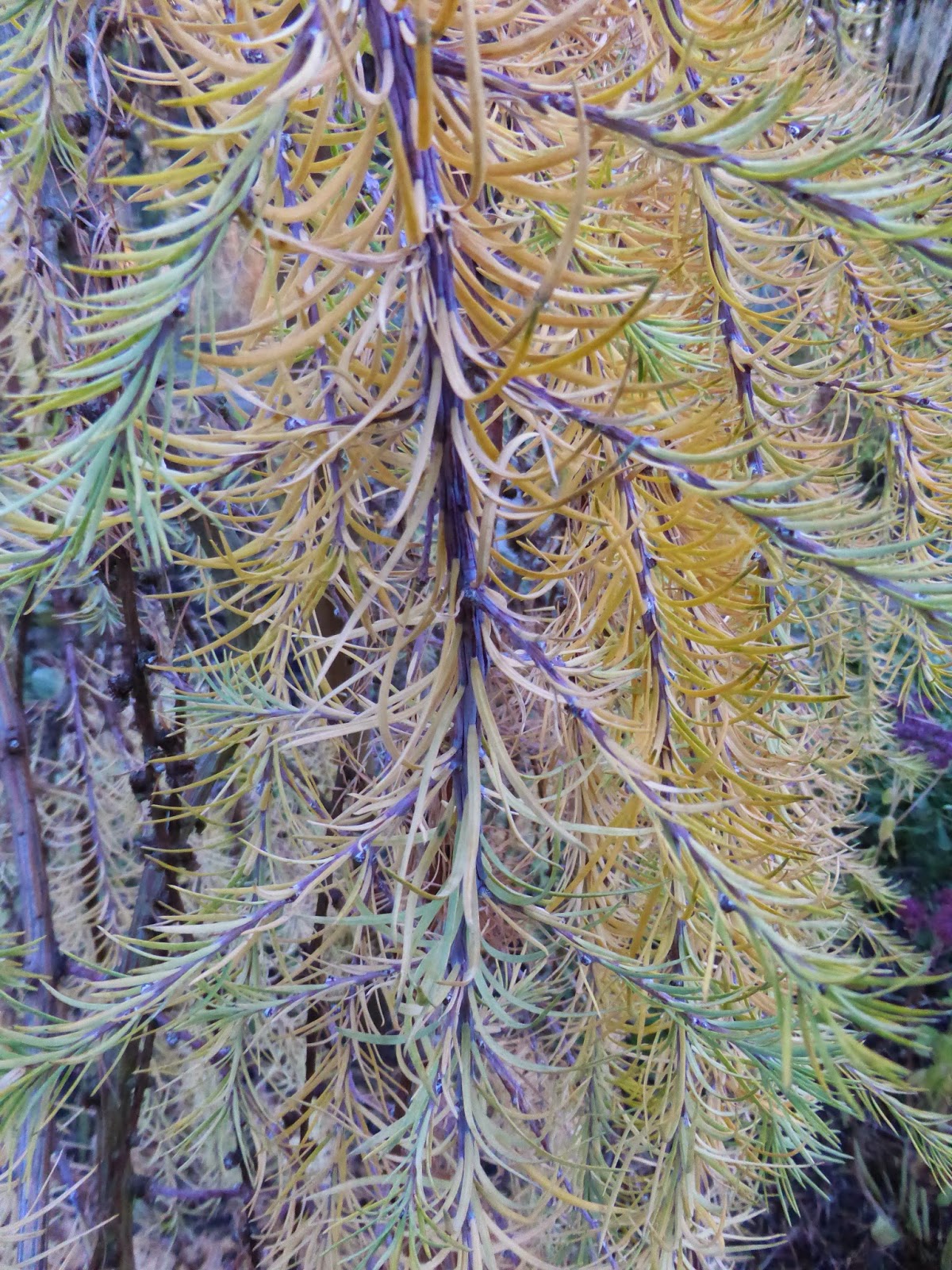 Its colours have become muted, the needles a soft palette against the frozen brown earth.  Some of the branches have already shed their needles, allowing the cascading limbs to reveal themselves and for the small cones to become more visible. (It is because of these cones that larches are considered deciduous conifers.) 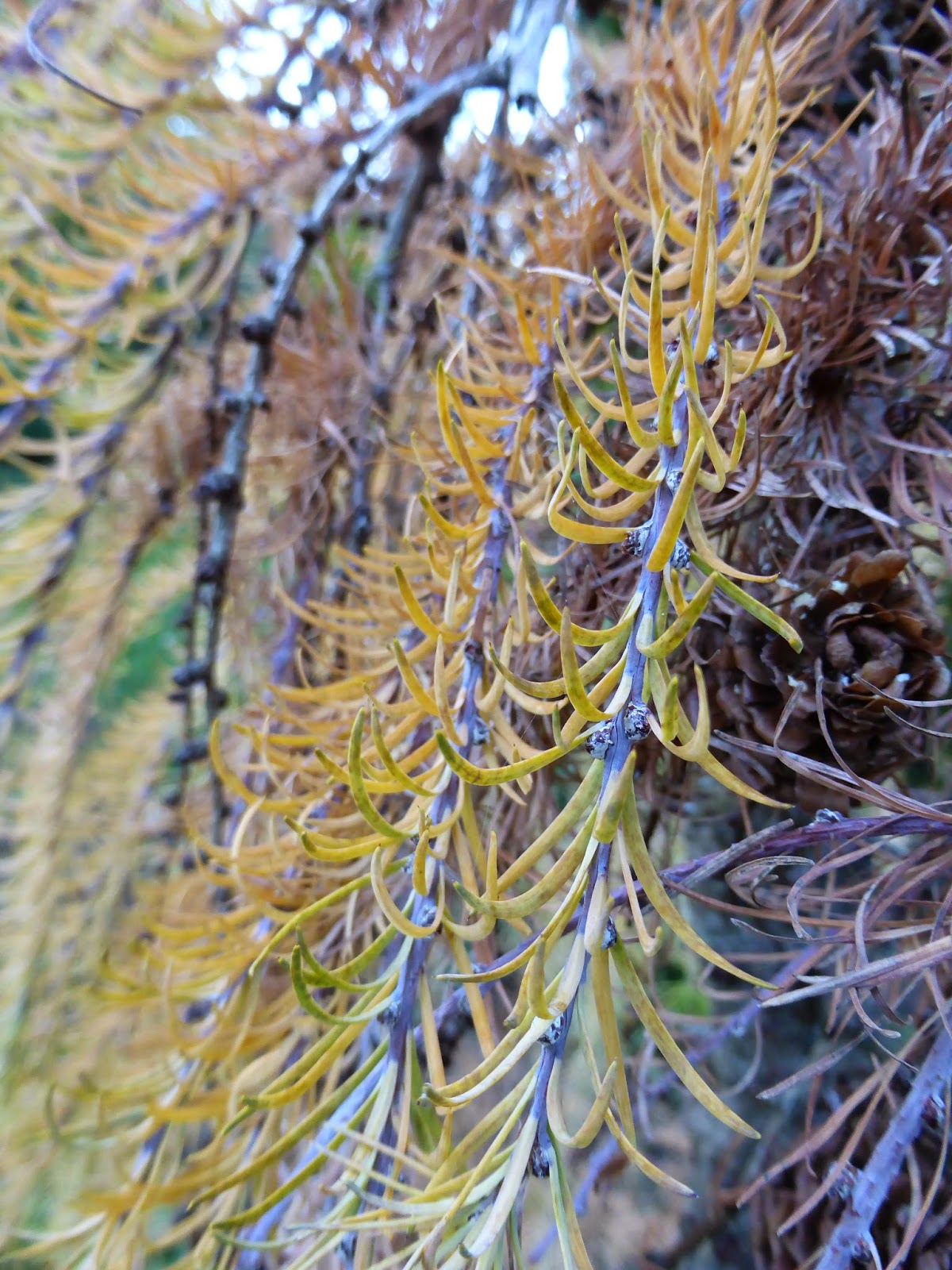 Moving closer,  I discovered something grey.  Resembling a ballerina's tattered garment, it was the papery remains of a wasp's nest! 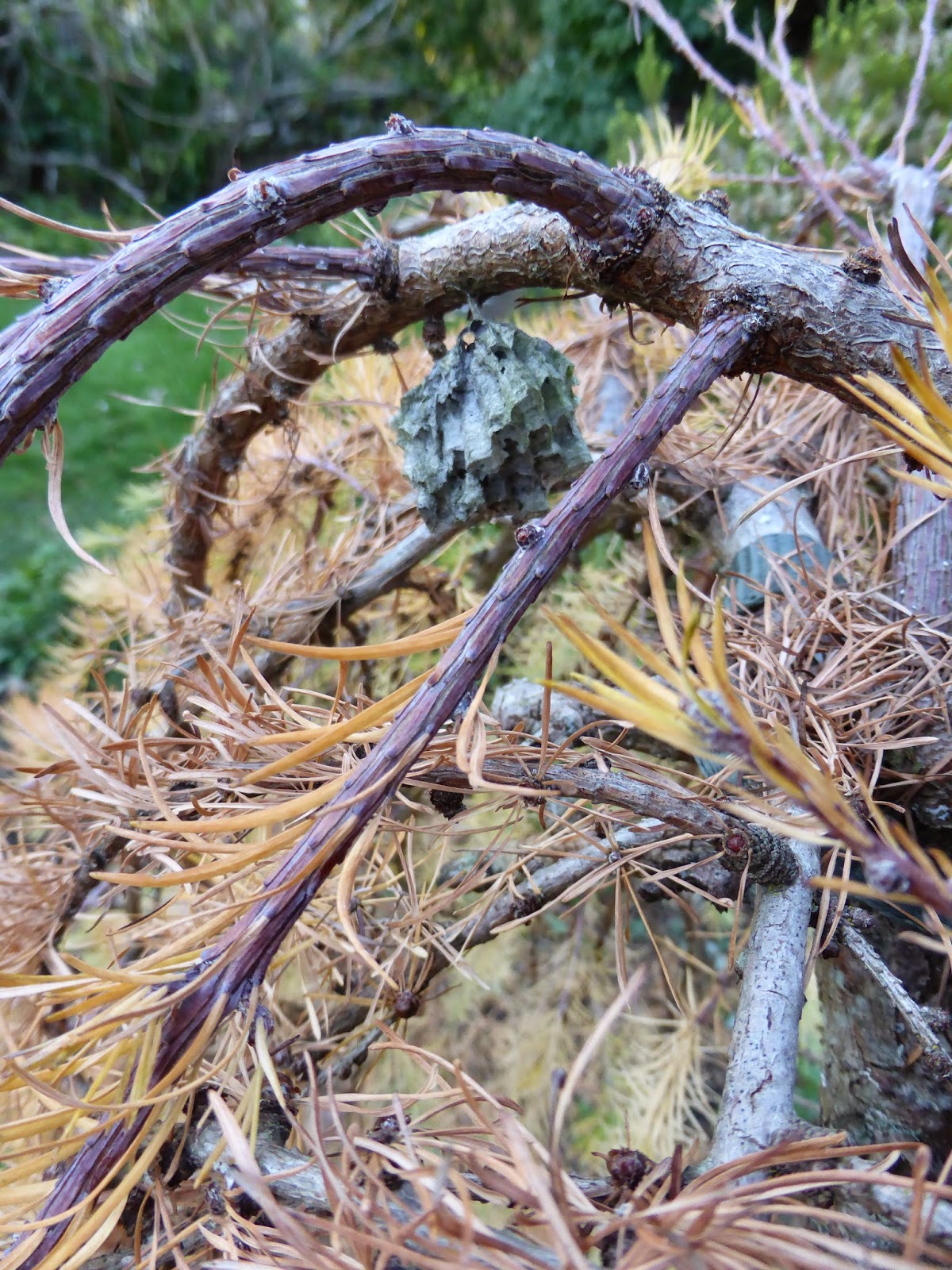 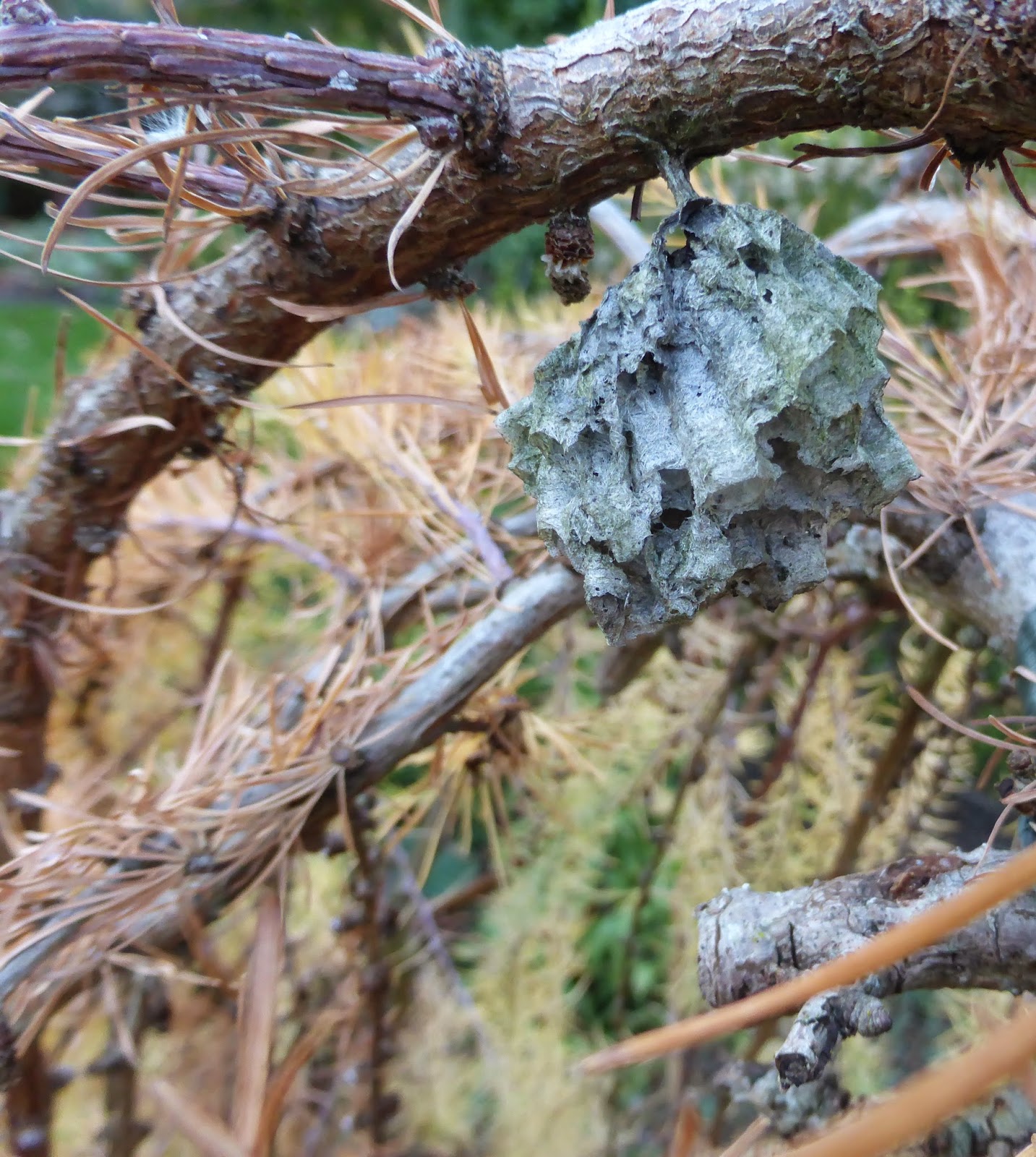 With my camera, I see the intricate designs of nature that might otherwise go unnoticed.

Posted by fromtheothersideofseventy at 21:36 No comments: 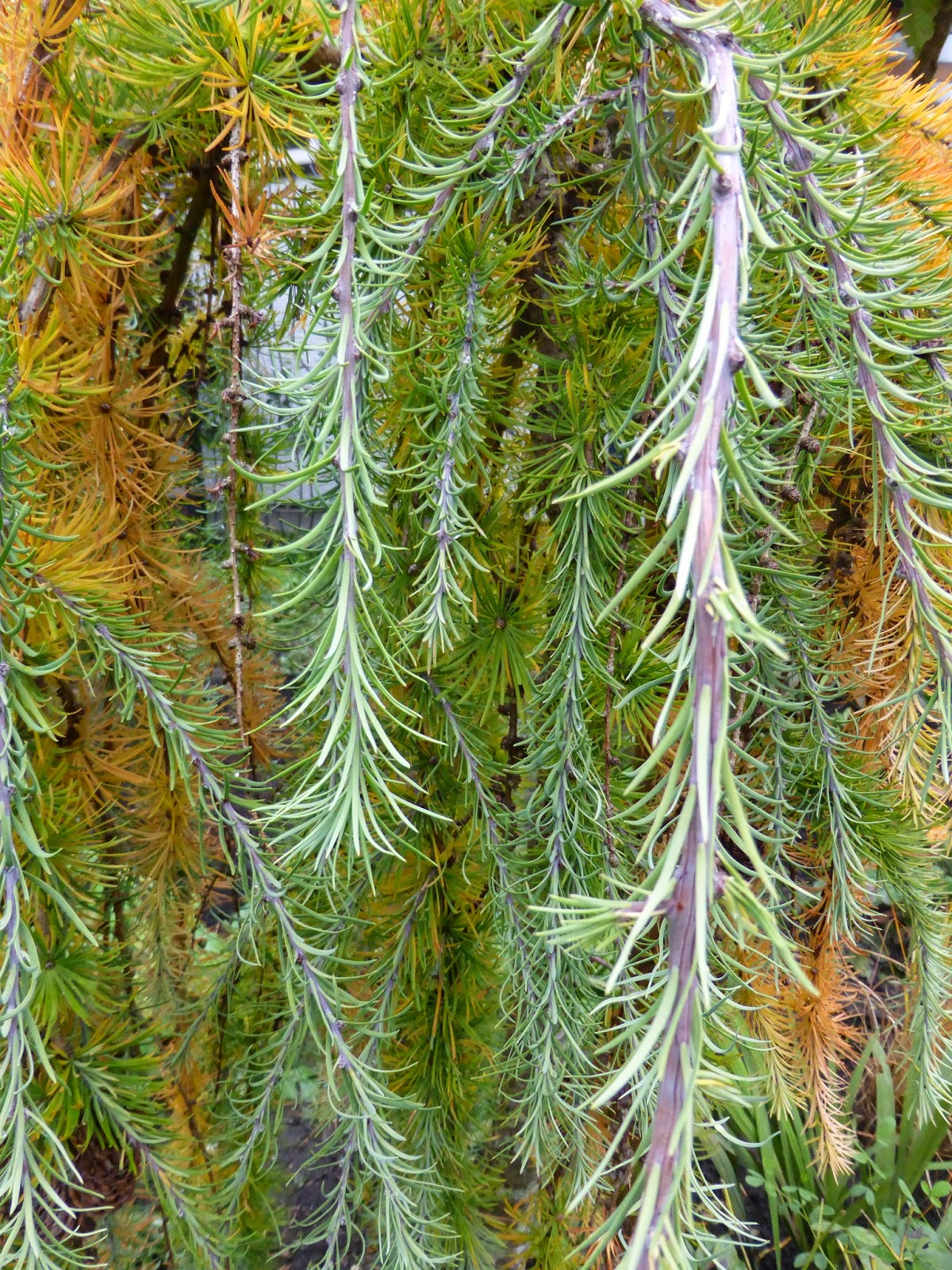 Early this morning, I took about 30 photographs of this small weeping tree in our back garden.

It looks as if someone has delicately spray-painted the soft needles! 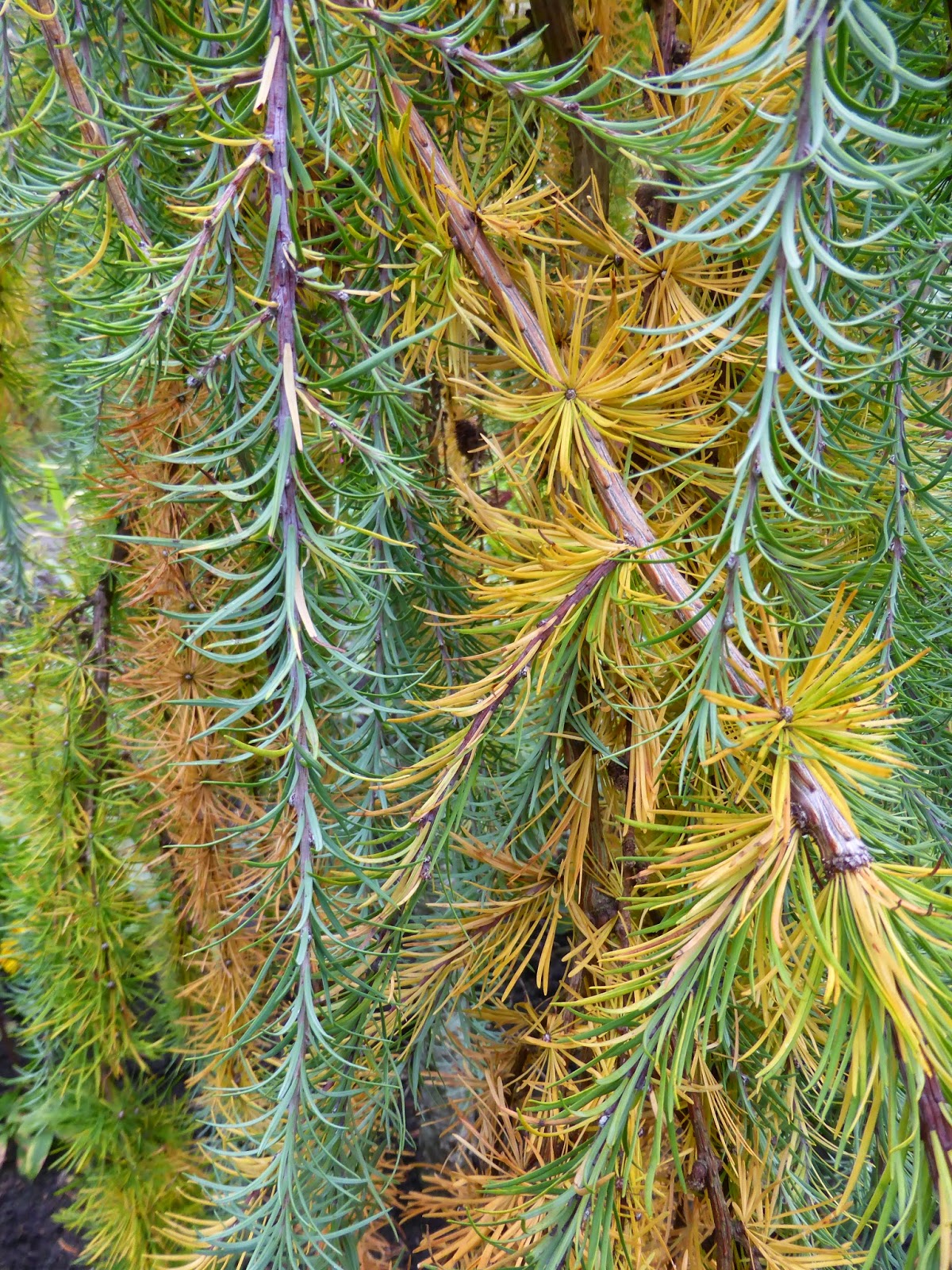 Larix decidua 'Pendula' is a deciduous conifer, dropping its needles in the autumn. 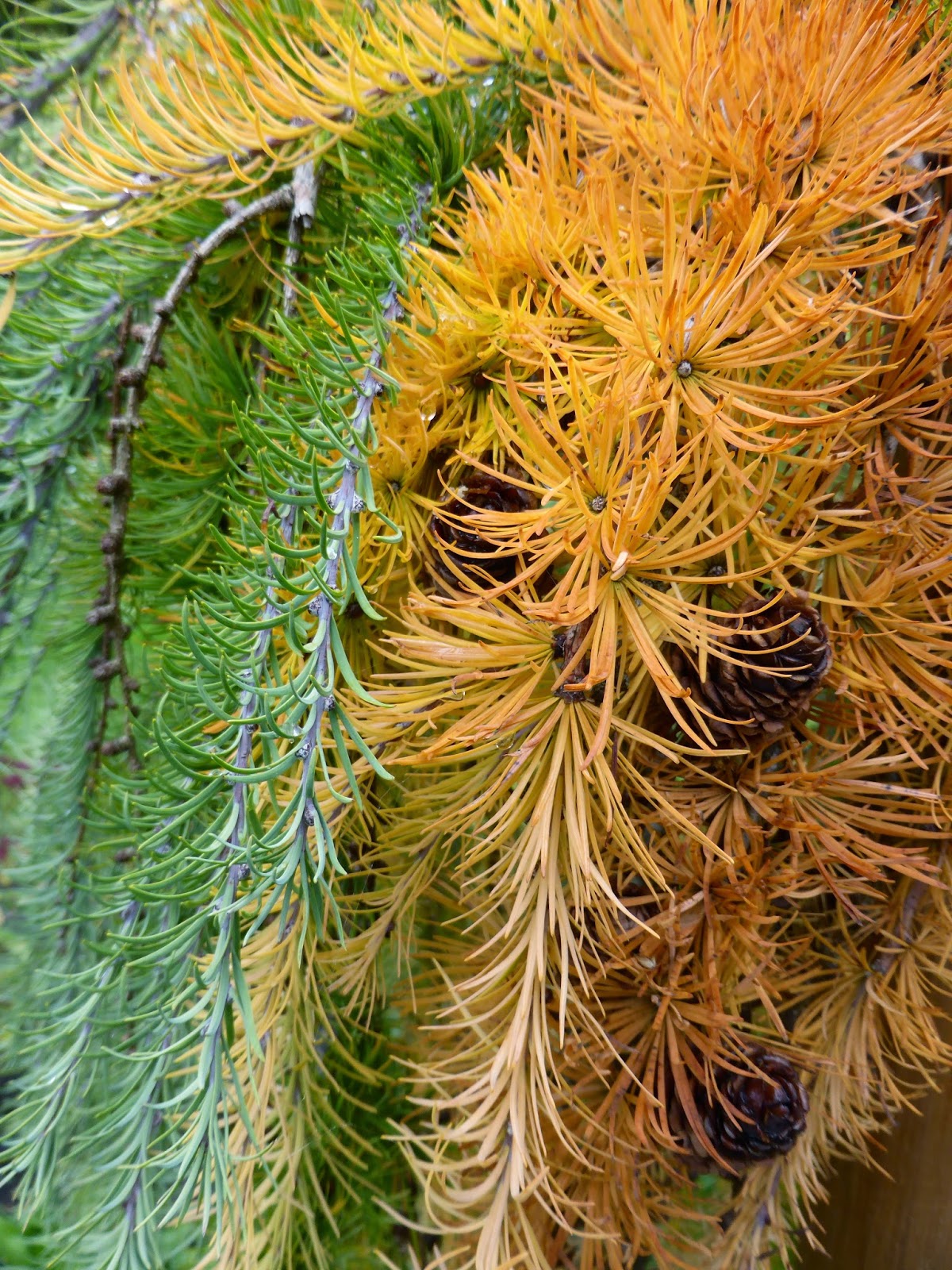 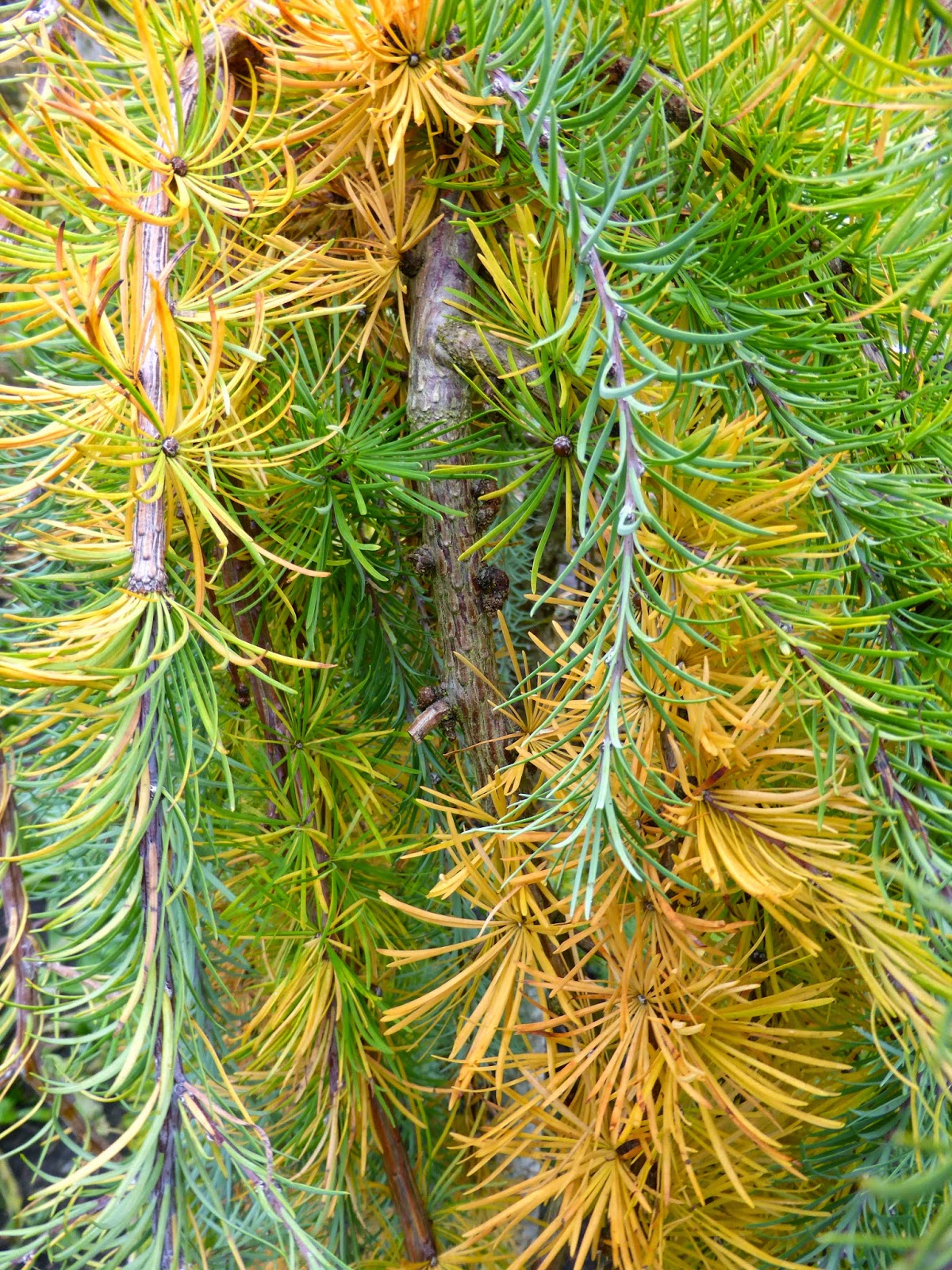 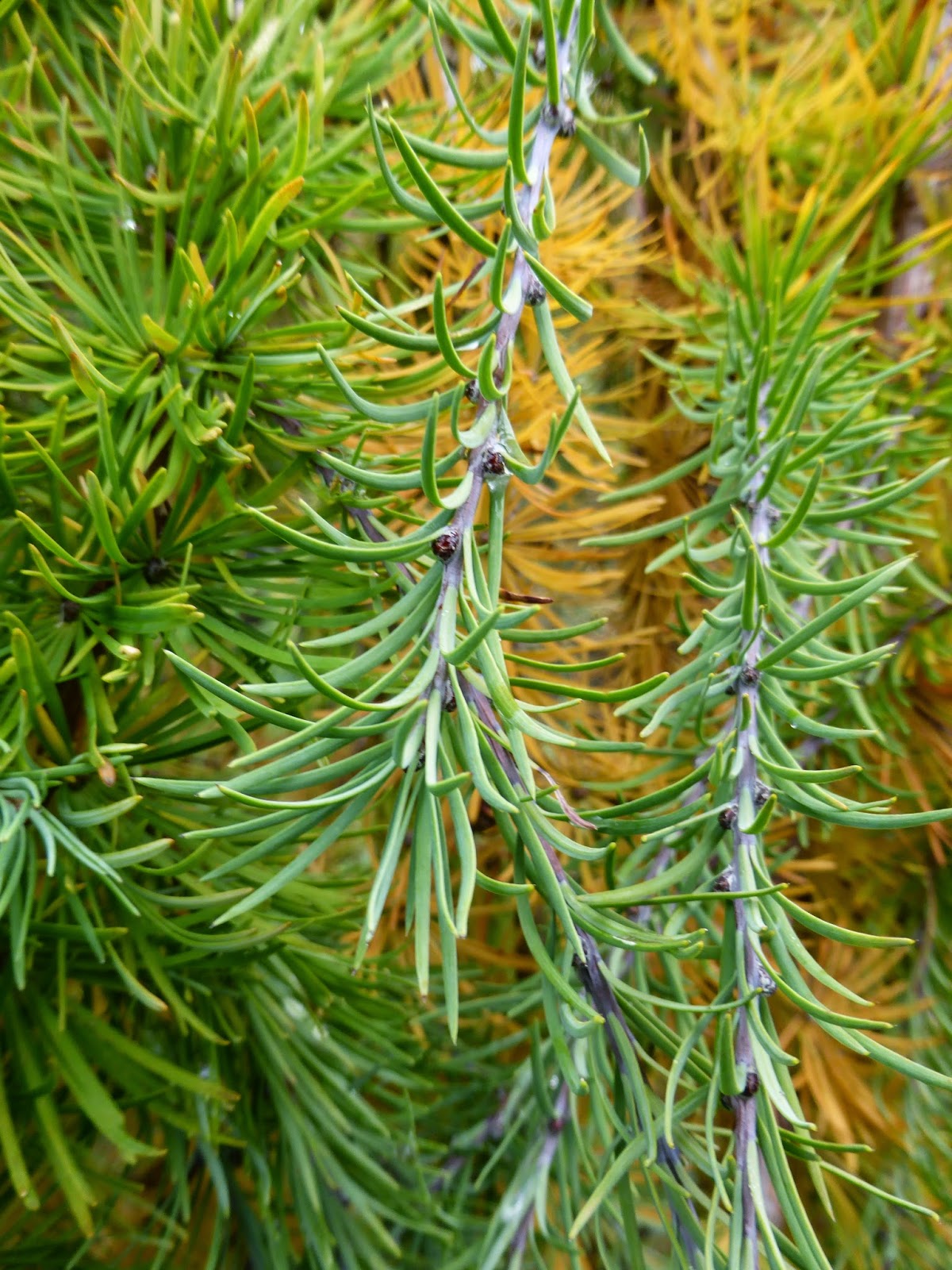 I'll be watching this tree's celebration of autumn throughout the month.
Posted by fromtheothersideofseventy at 16:21 1 comment: