dessert for my eye

Since mid-week I have been taking particular and gentle care of myself,  especially of my eye. 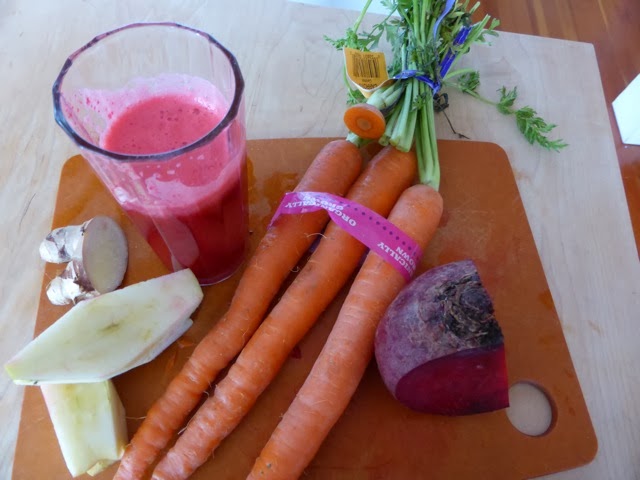 My optical dessert has been a rich and dark juice made from beets, carrots, ginger and apples.  I had forgotten the zing of raw beets and the intensity of their flavour. I bought some rice paper today and I am going to look for a soft brush and do some mark-making tomorrow when my Omega juicer has made its magic. 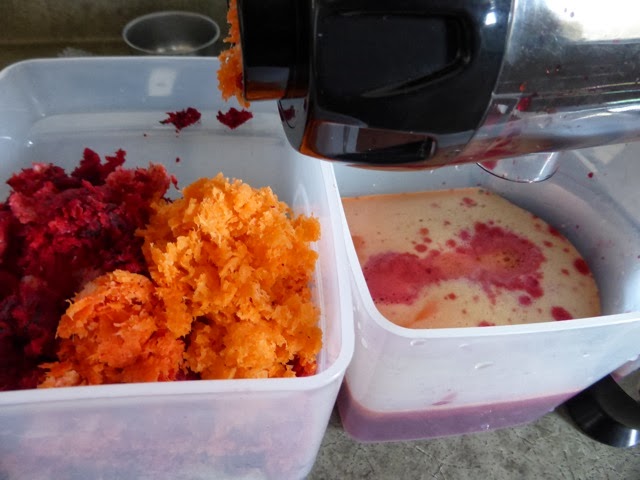 More caring yesterday, in the form of an acupuncture and cranial treatment.

And today, Ming Nu Di Huang Wan pills from the herbalist in Chinatown and a pot of chrysanthemum tea. 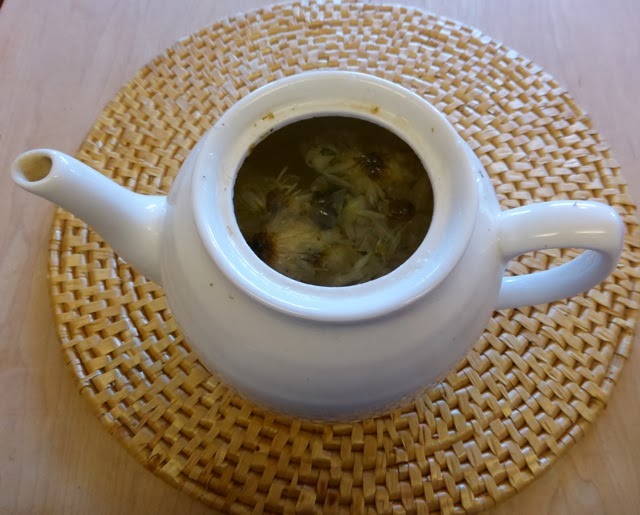 I guess it's time to mention the 'eye guy' surgeon I saw again  this morning.  He said that the 2 kinds of chemical drops I'm using should ease the retinal swelling in two weeks  and that I could resume any physical endeavors I might choose.  While I totally flunked the 'reading the print test',  he insists that time and a corrective lens would make reading a non LARGE PRINT book well within my grasp.  (by the way, the selection of library L.P. books is not great)

So good news.  (now if I could only fast forward to mid-March!)

And Brian is doing really well.  He biked for 1/2 hour today! 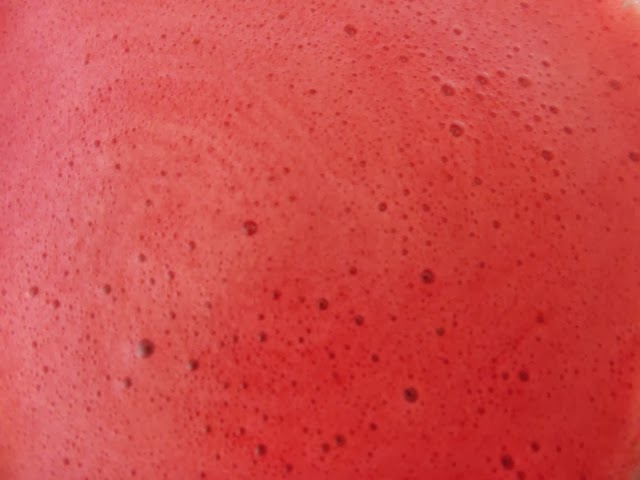 Posted by fromtheothersideofseventy at 16:36 3 comments:

I started this blog at the end of January, by explaining it's inception, saying that in many cultures decrepitude begins at age 70, and saying too that I had originally thought of decrepitude.ca as being the future site of my musings and wanderings.

Well, it's been a rough week.

At one-thirty Thursday afternoon my husband, Brian, was taken to the hospital in an ambulance  and at 10 pm he was returned to his  hospital room after emergency hernia surgery.   Many of the intervening hours were scary and pain-filled.  The results were excellent.  Great ambulance driver, kind and capable nurses and a handsome skilled surgeon.  Brian is healing and doing well. 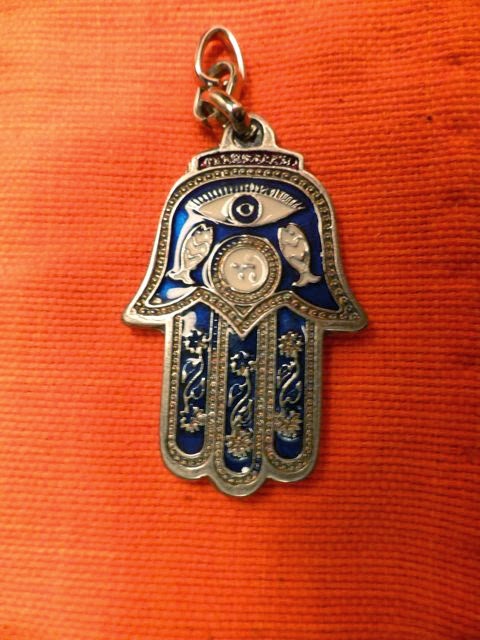 As Brian slept for 12 hours straight, waking to have a glass of water and a slow climb up and down the stairs before returning to another 5 hours of oblivion, I noticed that my right eye was feeling too big.  It was as if my that eyeball belonged in a bigger face.  And it ached, ever so slightly.  PANIC level 1.  Pressure?  retinal swelling? my vision was next to nil.   Impending blindness?  I tried not to cry with fear, from exhaustion, from feeling lost.  The tears would wash out the drops I had so painstakingly deposited-  first from the bottle marked with a red marker and then 5 minutes later, one from the blue marked bottle. 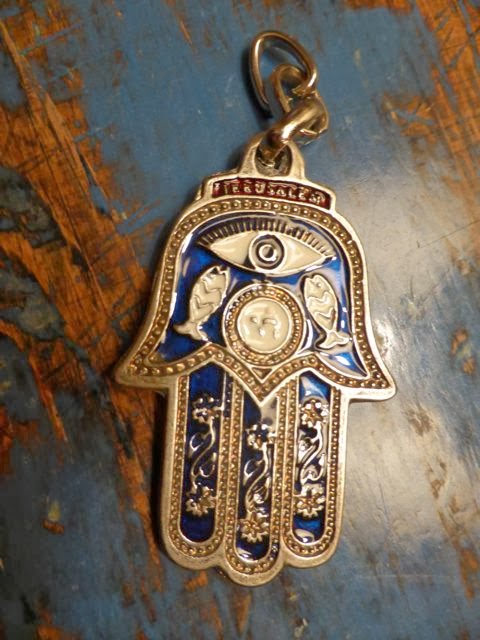 It seems like it's macular edema, when the retina, responsible for central vision, becomes swollen. It happens rarely after cataract surgery, but the fact that I've had a retinal vein occlusion makes it more likely. Hopefully, special drops will help or....egad...injections of steroids or surgery.
PANC level 11

And we know that these new drops will work.


I found the following synonyms for decrepitude and thought this might be the very time to post them.  I'm way too full of piss & vinegar to really embrace them, but tonight, in my weariness, I can read then and give an ever so ever so slight nod.

I was particularly drawn to the word 'caducity', which I hadn't heard before.

Merriam Webster aided my feebleness by using the word in a sentence:  'forgetting the name of an old friend was another painful reminder of her progressive caducity'
So I think that by combining my two word-full sources,  progressive caducity becomes not just increasing senility, but also 'progressive impermanence'.
While I feel quite able to accept impermanence,  I feel uneasy about it being progressive. 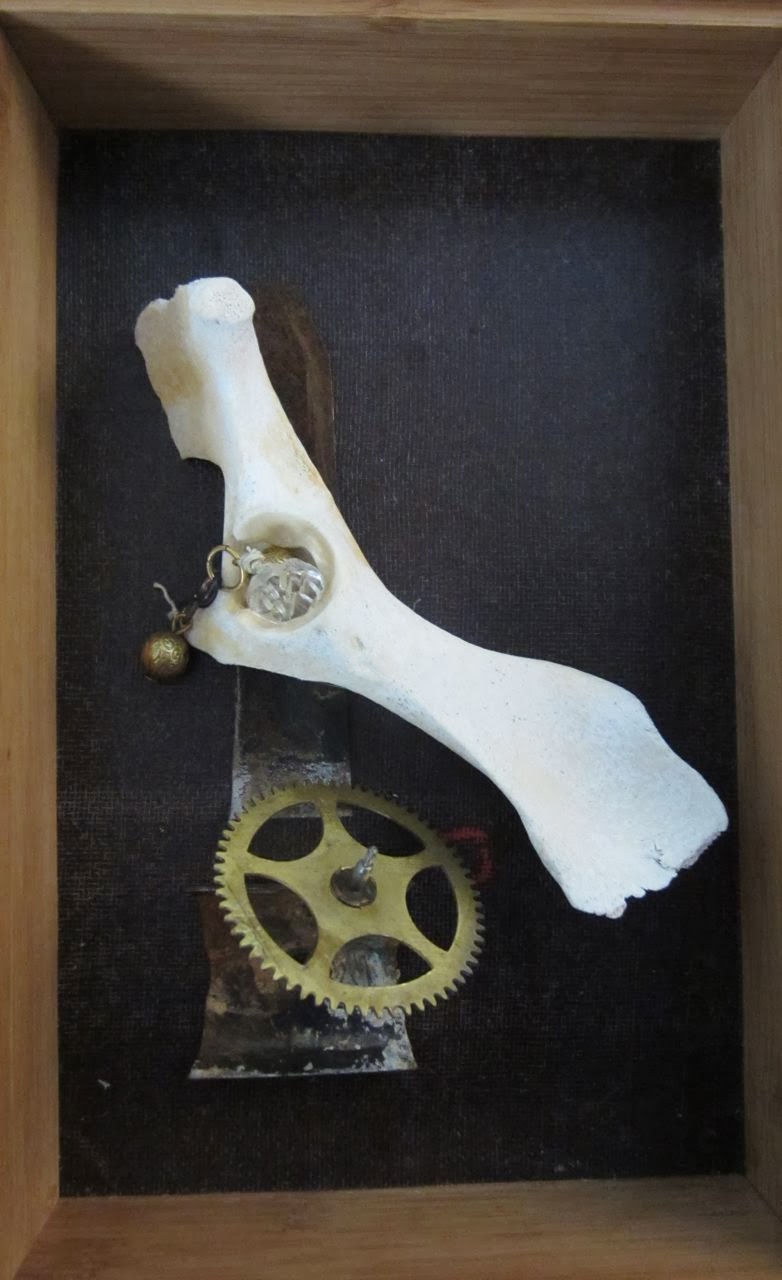 Posted by fromtheothersideofseventy at 20:02 4 comments: 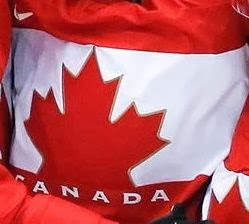 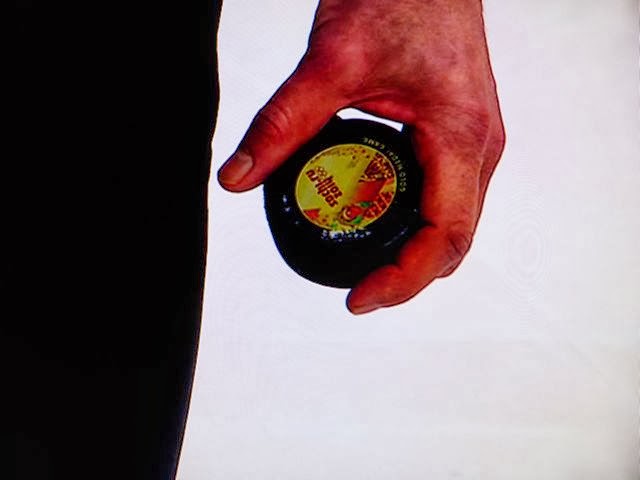 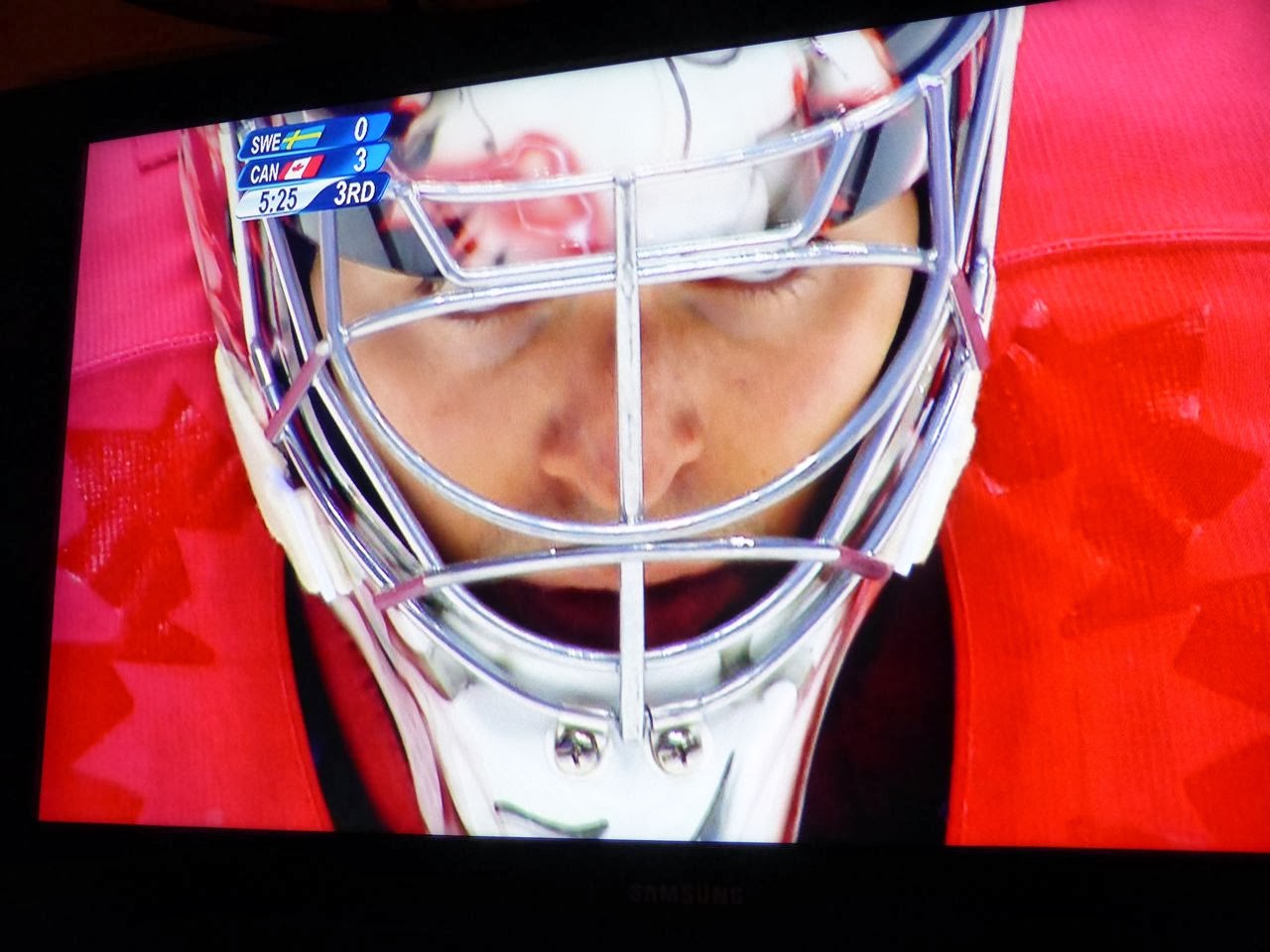 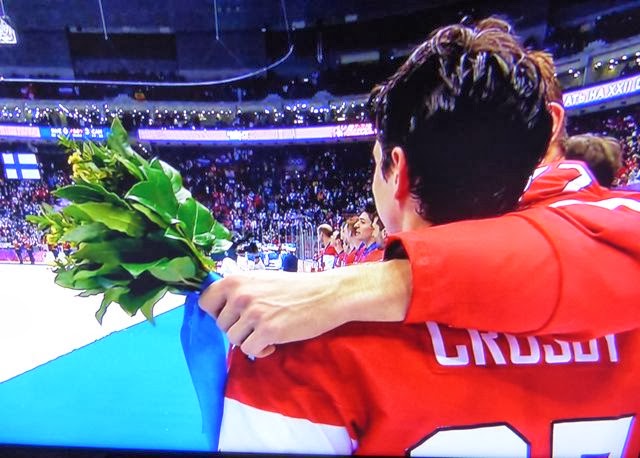 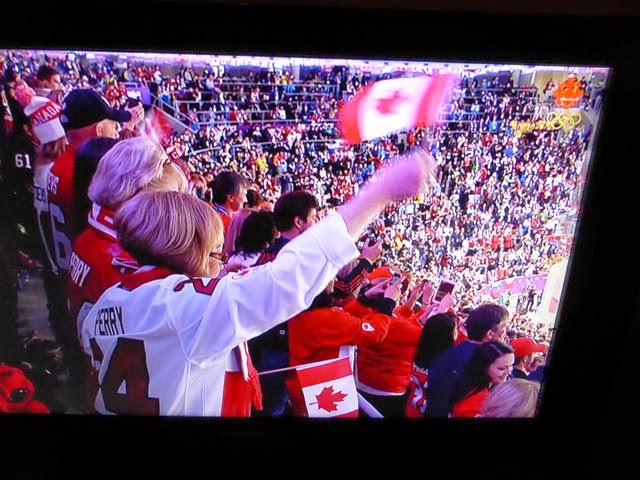 Posted by fromtheothersideofseventy at 09:15 2 comments: 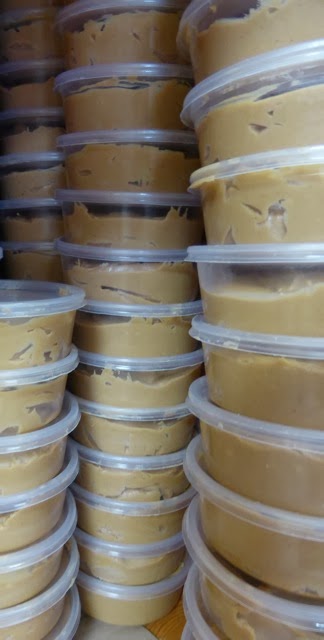 This collaboration with St. John's began on May 5, 2013,  as one of the Projects for Mitzvah Day, a day of kindness and community service that I introduced through Congregation Emanu-El in 2012.   At that time, because of generous  donations,  we were able to supply all the peanut butter as well as new plastic containers.  (St John's is now paying for the peanut butter and we are using clean and sterilized re-used containers whenever possible)

Our participation in May was so appreciated that I was asked if we might repeat the Great Peanut Butter Divide.  Without difficultly, I have assembled an enthusiastic group of volunteers-  in fact, when someone is absent, they ask me to save their spot for the next Divide!   To date, we have gathered at St. John's  5 times and I have promised a minimum of 6 more work parties.   While we are unable to finance the supplies, we are certainly able to give of our time.
Mitzvah, loosely translated from the Hebrew, is a sacred commitment to positive change and connection.  When so many are in need and when I am so abundant in riches, it seems to be a wonderful way to make a small contribution to our shared community.

If you are so inclined, I welcome donations of 2 kg jars of Kraft smooth peanut butter.  Perhaps your place of work or social group might like to cover this expense for one month?  We use about 30 jars every 6 or 7 weeks. (available at Costco, the Canadian Wholesale Club and Walmart for $7.49, or occasionally discounted from your local supermarket)  Please contact me if you can help.: jsaundersritchie@shaw.ca 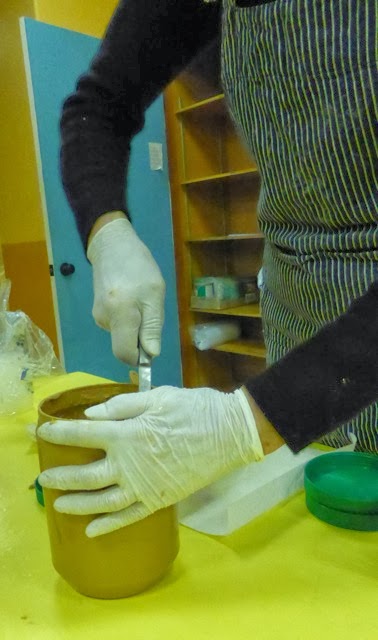 If you are unfamiliar with the Emergency Food Service, here is some information from John Sylwester, Coordinator:

The EFS started in the mid 1990s as a "temporary" outreach program to people in need in Greater Victoria. The people served are primarily on Social Assistance, working poor and/or have disabling conditions. They have difficulty feeding themselves and their families on what the government provides or on their low incomes.

People can access the EFS once a month. In 2012 we had 5436 guests, a 11.58% increase over 2011 and 66.7% over 2007. We do not provide pre-packaged hampers. Our guests choose from a provided list of items. This reflects our respect for individual preferences and lessens the chance of supplying unwanted items which may be thrown away.

The EFS is supported by members of St John the Divine, members of other churches and synagogues, and non-church individuals, businesses and organizations. All donations are used for purchases for the food bank. The church provides the space and covers all related costs [janitorial, utilities, etc.] The EFS is staffed by approximately 60 volunteers from SJD, Grace Lutheran, Congregation Emanu-El and non-church members. The EFS is dependent upon outside donations as we would be unable to carry on this ministry with financial support from just our members.

In 2012 EFS spent $35,078 and received many donated food items from individuals and occasionally the Mustard Seed and Salvation Army. The For Good Measure Premium Bulk Food provides some items at cost. Cobs and Wildfire Bakeries donate bread. 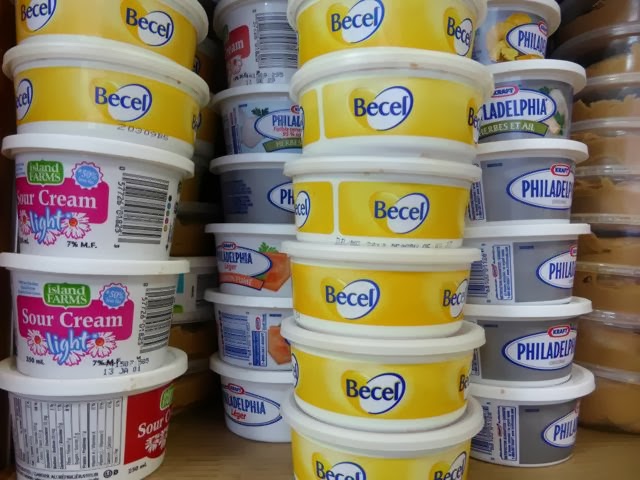 someone has already responded and will purchase one jar of peanut butter a month!
Posted by fromtheothersideofseventy at 09:00 2 comments:

an Austrian artist has reinvented the door

Austrian artist Klemens Torggler has reinvented the door with his latest project.
Called the Evolution Door  the 4-panel door opens and closes elegantly as though it's made of pieces of paper. Roggler calls it a "flip panel door" (or "Dryehplattentür").

Posted by fromtheothersideofseventy at 10:08 No comments: 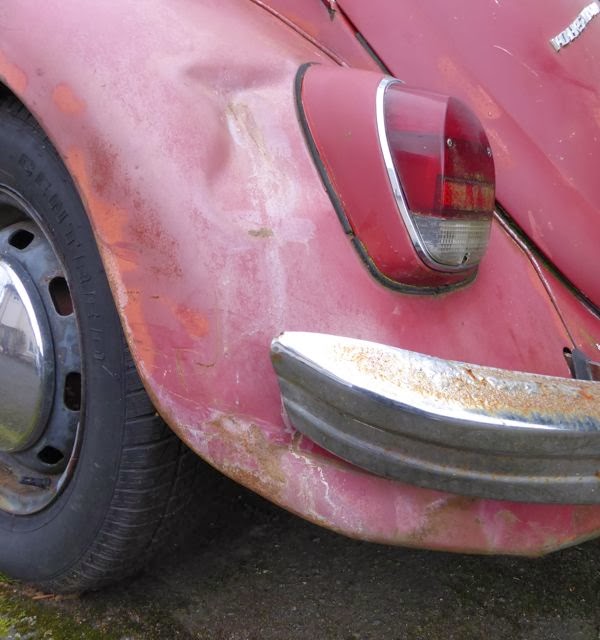 I had cataract surgery on Friday, and so far things are still blurry.  Dr. B has been giving me the required drops on schedule and I am slowly working my way through a LARGE PRINT book from the library.
Come on magic!
Posted by fromtheothersideofseventy at 13:23 1 comment: 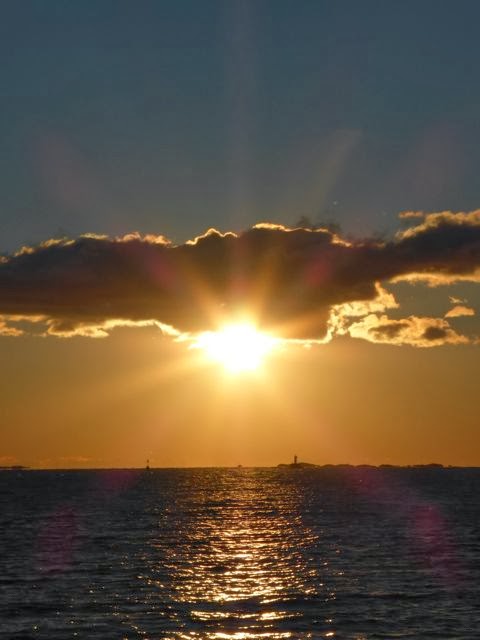 Posted by fromtheothersideofseventy at 08:18 No comments: 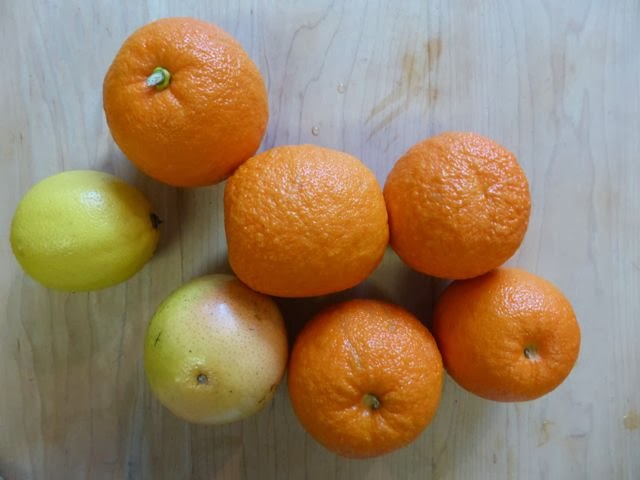 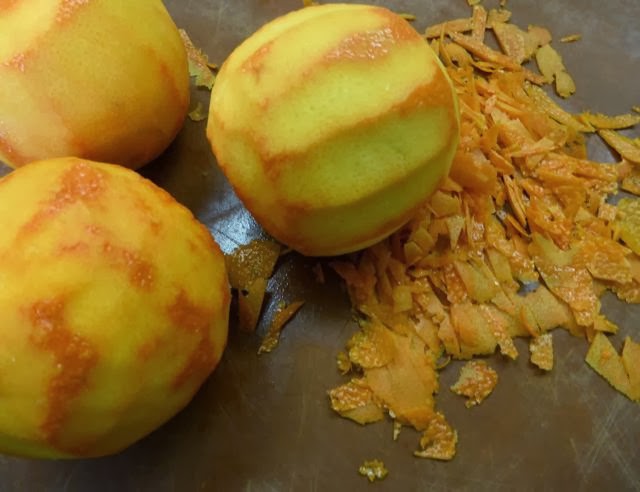 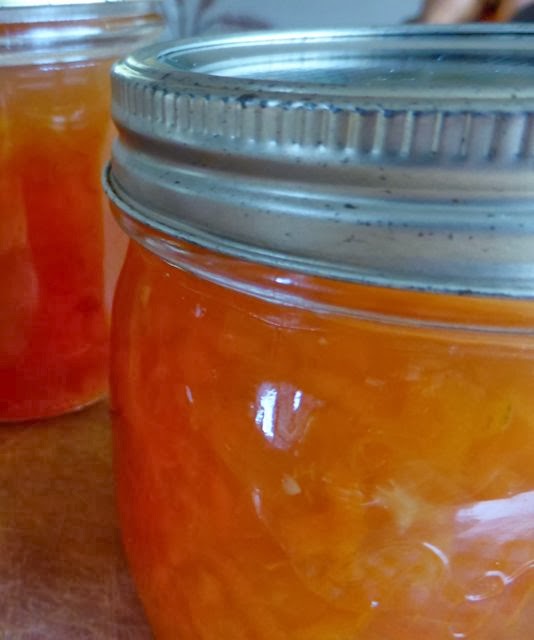 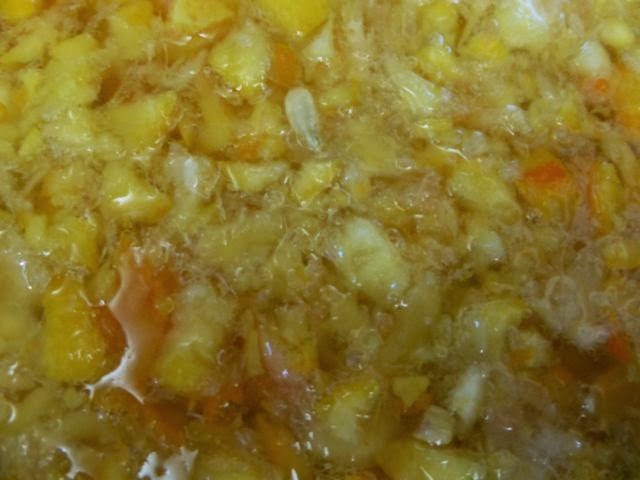 
This poem is for my dear friend, whose father died suddenly this morning.


The Gilded Shadow
- Jane Mayhall
The impact is simmering down, as into
a solvent liquid. That I’ll never hear your voice
again, but through a medium like
rain. Or will see you but in a lightning flash.
You are nature’s speech, the young girth
and deadly imprint.

I eagerly wait the date of your rebirth, in
the endless window-sky. Hovering cloud, really a
gilded shadow that lights your face outline. Waters
and land permit no elegy translated.
But a stark villanelle, facts rendered.
An indefinite, glorious seeding,

the element that draws us closest. Nucleus of
a meadow, the grass-tips’ ghost your
being. Bend me to earth, the only hereafter after death.
O shades beneath the sun. Or I don’t understand it —
like embracing a mystery hole in our minds,
this complex, heartbreak survival.

Posted by fromtheothersideofseventy at 11:01 2 comments: