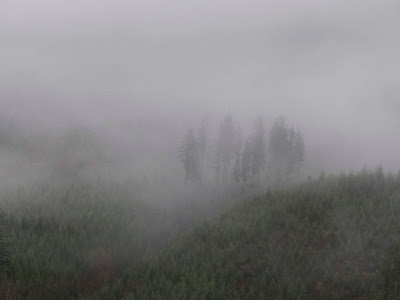 How little I know about my deceased parents, Millie Wolkove and Louis Harry Ritchie.  How few questions I asked and how unimportant it all seemed then.

And now there is a hole in my heart and they are no longer able to help fill that emptiness. 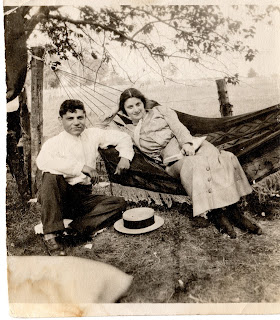 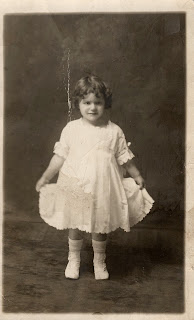 I knew my mother was an only child and that when she was very young her father's tailoring business allowed them a few luxuries.  I have a photograph of her mother, Esther, in a stylish-looking coat with a lush fur collar, as my mother, impeccably dressed, looked directly at the camera. 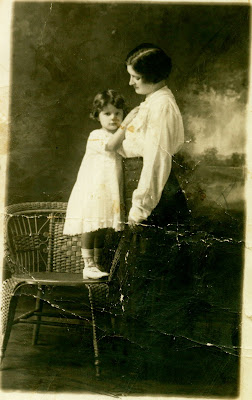 When Esther died, leaving her eighteen-year-old daughter motherless, Millie seemed to have acquired only the most basic of homemaking skills.

I know from my mother that she attended MacDonald College in Montreal and graduated a year later with a teacher's diplomas.  I have a photograph of her very large graduating class, all women and all dressed in white.

Her degree proved to be useless, however, as Jews were excluded from teaching careers.  How did "they" know she was Jewish? Did they ask her?

(Years after she told me this, I remembered again why we holidayed in Hollywood, Florida rather than the more popular Miami Beach. Many of the nicer Miami resorts restricted Jewish guests.  And I learned why a group of wealthy Jewish golfers opened Elmridge Golf Course outside of Montreal, as they had been similarly excluded from golfing at other private golf courses.)

It fascinates me that these particular stories have stayed with me, that even in my teens I balked at discrimination and exclusion.

I know almost nothing about my mum's life as a young adult.

From photographs I know she was very beautiful.  Beautiful with many boyfriends.

I know that from this group of adoring young men she chose to marry my dad. 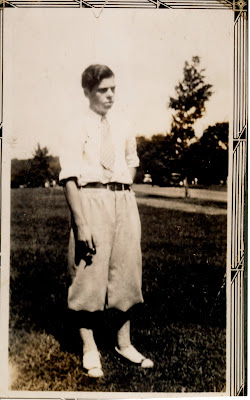 About my dad, Lou, I know even less.  His family was very poor and I remember him telling me that he and his brothers stole apples from orchards so to lessen their hunger.
He worked at a Department store in sporting goods for a while and then as a traveling salesman.  I don't remember asking what he sold.  I do know that this work experience made him the very best packer-of-suitcases, a skill I learned from him!

When he started a rainwear business called Sports Togs Ltd., he changed his name from Richstone to Ritchie, discarding the Jewish-sounding name that his brothers still kept.

I remember him saying that he was "a card-carrying Communist" for a time in his youth and that there must have been a painful period when workers at his rainwear
factory wanted to form a union, forcing him see how his ideals were crumbling.

In conjunction with membership at the expensive golf course, my parents' friends changed from a more diverse group of people to a narrower grouping.  Looking back, I see how my mum must have missed their former friends and disliked this new milieu.

I remember lessons of the cha cha and other dances taking place at our house. The dining table was pushed aside and I peeked in to look at my parents and their friends moving to the music.  I thought they looked pretty ridiculous "at their age" (maybe in their 40s).

I remember the narrow range of my mother's experiences: even though she might have become an excellent artist had my dad not discouraged her, she stopped painting classes.  She completed the New York Times crossword puzzle every Sunday, yet she didn't have another outlet for her quick mind and intelligence.

My thoughts and words have led me far from my blog's original intent. 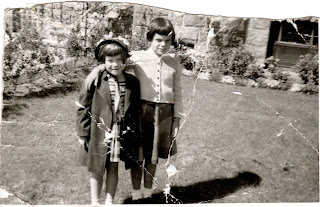 With this writing, a great sadness has settled on me. A sadness for not seeing my parents as people whose lives were filled with thoughts, actions, stories of joy and regret.  I went away to college at barely seventeen years old and married immediately upon graduation.  Living in Vancouver and then in Duncan kept me removed from my birth family. Phone calls never allowed for intimacy: we had learned our roles well.

And has anything changed with my grown daughters?  Do they see a more intimate  portrait of me than I did of my parents? 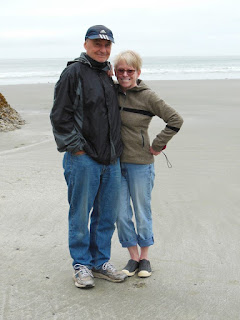 My fear is that this awakening to one's parents' lives is as remote as ever. 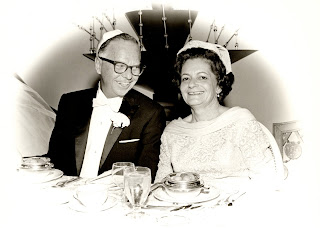 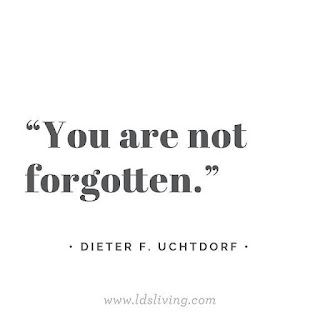 Posted by fromtheothersideofseventy at 21:09 8 comments: