Yesterday was an amazing day. 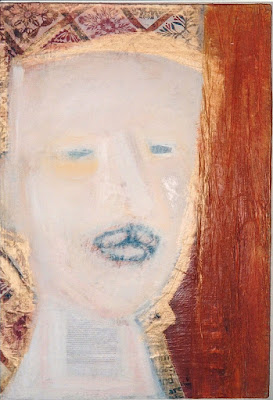 In the early morning I continued to the next stage of making Damson plum jam, having the day before cooked two large pots of fruit until the Damsons were very soft and the juice covered them.  The scoring of each plum and the very slow simmering had already taken about two hours the previous day. The process of removing the stones from the cooled stewed fruit followed.  I love this step, with my hands deep in the pot, seeking them out.

Just as I love the process of preparing and cooking the fruit, so Brian loves the picking. Two days earlier he had picked 54 pounds of fruit from the wonderful farm of Norry in West Saanich.

As I slowly cooked the plums down, standing by the stove and almost constantly stirring the fruit to ensure that it wasn't sticking and thereby burning, the pleasure aspect of Damson jam-making was being challenged!

However, the finished product was worth every minute of my time.

Remember, this was jam made from a mere 15 pounds of the fruit!

Later in the morning I had a wonderful visit with Rabbi Harry. We sat in the studio-gallery talking about time alone, friendship and the mature wisdom of choosing  those people who enrich and honour us. 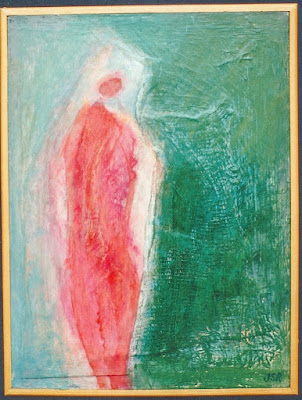 When I said that I was thinking more about these things as my 75th birthday neared, Harry looked at me, saying that he had always thought of me as being 60 or 65.  I laughed and said that if true, it would make him in his very early 40s!

So our conversation wandered, sharing stories of people we knew who seemed old even when fairly young, and those people who remained vital and involved even as their chronological age grew high.  Sitting in the studio, surrounded by my photographs, seemed the visual evidence of my dedication to continued growth and  expansion. 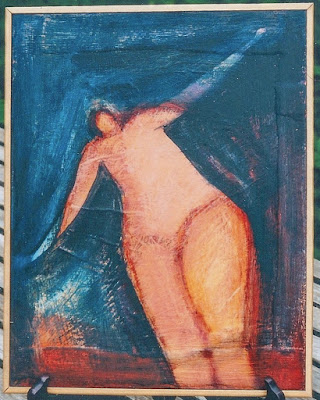 Our visit concluded with a wonderful 1/2 hour sharing our excitement and love for our individual time spent in Havana. The feelings we had each experienced of coming home to a place we had known at another time in another lifetime.

I went upstairs to watch my favourite tennis great as he played an epic 4 hour 28 minute match against Khachanov at the U.S. Open. I anguished as Nadel lost his serve, thankful as he broke back, and rode the roller coaster until its conclusion and Nadel's victory.  During the commercials, and at times I didn't dare watch, I went through packets of photographs that I discovered in our storage room. 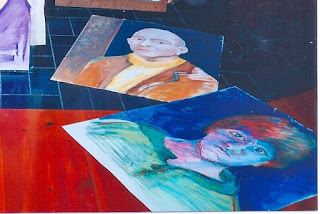 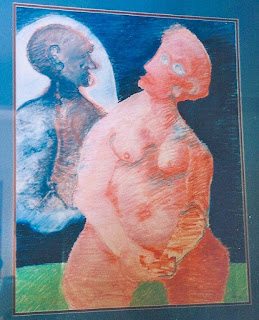 Most of these photographs chronicled my art output from the years we spent in Duncan.  They were snapshots, usually taken outside on our deck, propped up by a chair or bench, or clipped to a rod in our studio. 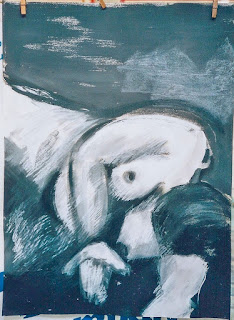 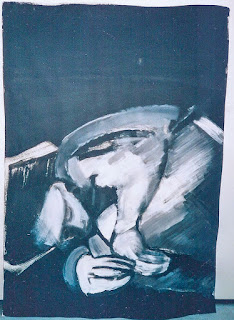 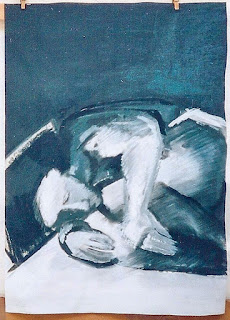 I had many series of paintings on paper, painted in black and white using children's powder paint. Others, again on paper, using household enamel. When I discovered colour,  I was again totally uninhibited and painted hundreds of works on small prepared boards. 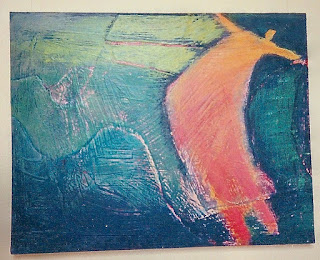 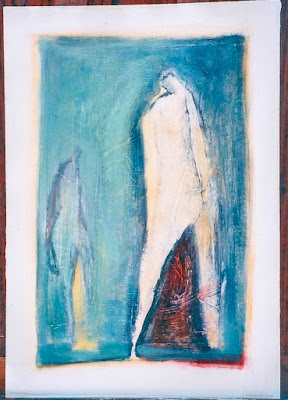 The power of seeing these works was almost overwhelming.  I realize now that I have likely sold over 300 works of art, and perhaps more than that, during those creative years.

Seeing these photographs again, I remembered  the many times I had exhibited my art in galleries on the Island and also when Cynthia showed my wire mixed- media "dolls" in her wonderful store in Duncan, Fabrications.


Dear Brian scanned about two dozen of these photographs so I will have a digital record of these early paintings. 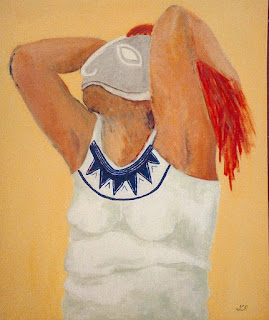 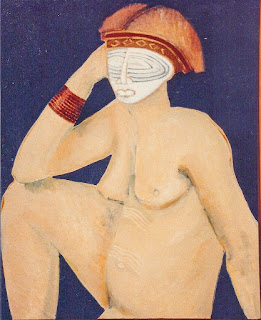 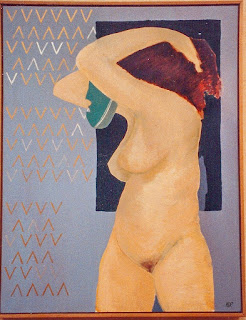 While I long to have some of these paintings back, to look at them again and hang them in our house, I am happier that they are out in the world.

Today is our anniversary: Brian and I have been married for 37 years. 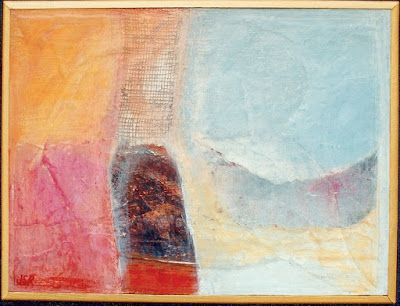 What an amazing journey we have had together:

Doing our art,
Trusting that Hilary and Sat-Sung were safe walking the 1/2 mile down our driveway to the school bus & later knowing that a bear had been walking the same route!
Growing herbs and vegetables in 90 raised beds that Brian built using huge slabs that he hauled from a lumber yard,
Having our business Harvest Herbs for several years,
Making and selling echinacea tincture, before it was "the thing",
Canning hundreds of pounds of fruit and filling hundreds of Mason jars with every kind of chutney, relish and brandied fruit and,
making blackberry wine and the less successful parsnip brew!

And, most of all, working hard and having fun!

I am truly blessed.  I wouldn't trade my life for anything. 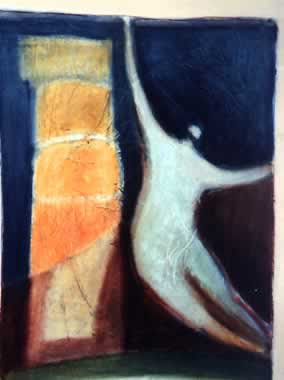 Posted by fromtheothersideofseventy at 17:26 5 comments: