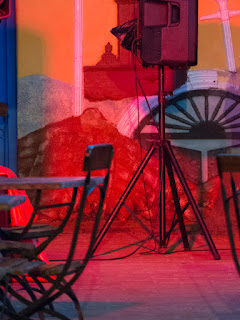 “I will give proof of my zeal: one day, on tearing off some old bark, I saw two rare beetles, and seized one in each hand; then I saw a third and new kind, which I could not bear to lose, so that I popped the one which I held in my right hand into my mouth. Alas! It ejected some intensely acrid fluid, which burnt my tongue so that I was forced to spit the beetle out, which was lost, as was the third one."

How I love this quote, copied and saved on my computer for quite some time. 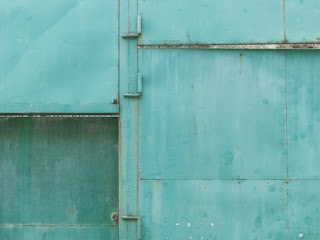 I wonder if it is the obsession part that holds me, or simply the unbridled fascination with a new discovery.

This morning I went to London Drugs to buy a second 64 GB camera card. While I won't be shooting raw this trip, I believe my camera can never have too much space for photos! 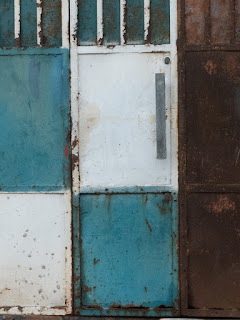 Habana Vieja was truly a dream come true for me. Before Rafaela served us breakfast at 8 a.m., I had been outside with my camera for an hour, and after eight full days in Cuba, I returned home with 2,500 images, more than could be downloaded onto my computer. 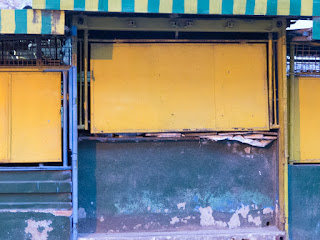 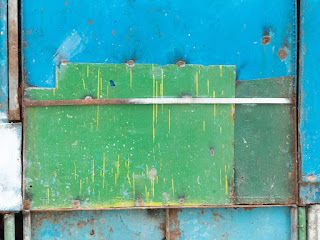 Speaking with the woman who heads the photography department at London Drugs, I told her that I was returning to Havana in two weeks.

"How wonderful!" was her response. We chatted for about 10 minutes, recalling moments of joy from our trips and also particular events that have remained with us. 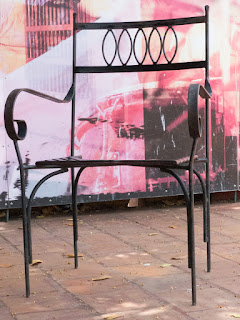 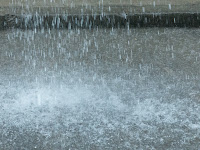 I talked about an hour-long downpour and the ride back to our casa in a bike taxi, covered only somewhat with bright yellow tarps. 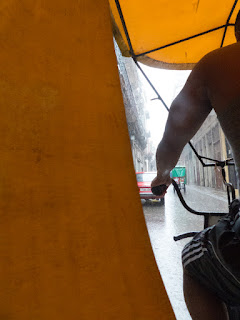 A few of my friends have thought it odd that I am returning to Cuba so soon.
"Isn't there somewhere else you'd like to explore?", they wonder. 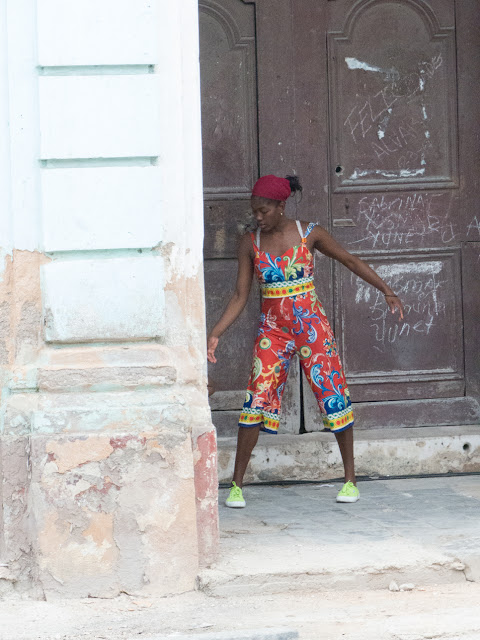 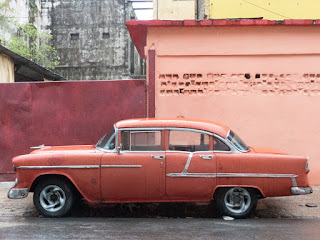 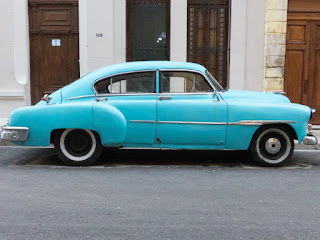 About 20 years ago I saw a short film in an art class I was taking at Malaspina College. The artist featured had two huge studios. One studio held a great many cabinets with about 100 shallow drawers.  Each drawer held a particular type of paper, sorted by colour and design. These were for the collages and mixed media art pieces he created.

Besides the envy I felt, I was awakened to his passion and to his manner of collecting.

The single line that has stayed with me was his mantra: "Follow your obsession!" 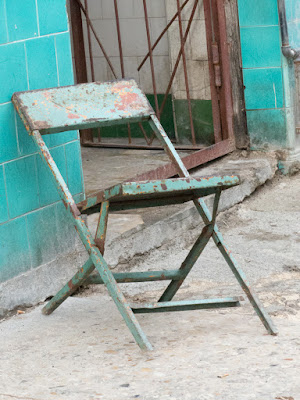 I reminded myself often of this advice over a twenty-year period, as I created more and more images of chairs using acrylic and occasionally a combination of paper and paint.

And, over the last few years I have collected about a dozen children's chairs, which reside in my studio-gallery. 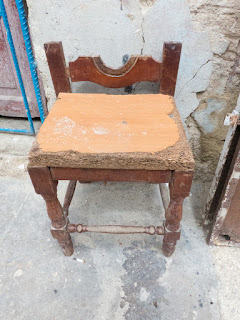 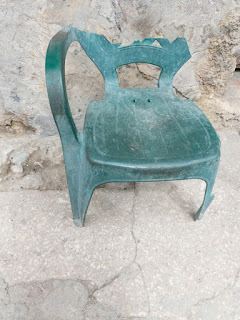 And, as I look through my collected photographs from Cuba, well over 100 of these  are portraits of chairs! 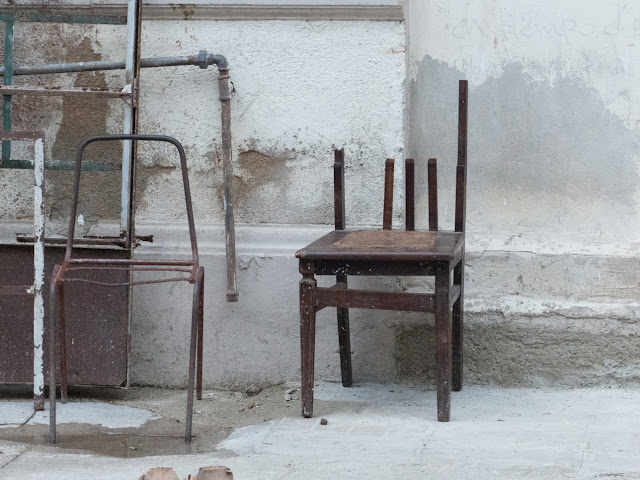 And in two weeks I will be back. 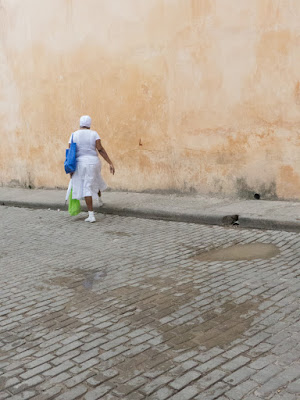 Posted by fromtheothersideofseventy at 19:53 4 comments: