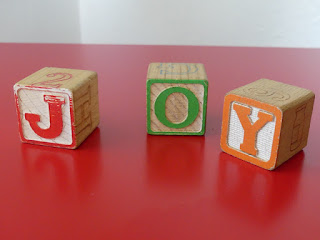 joy is an art

Know that joy is rarer, more difficult, and more beautiful than sadness. Once you make this all-important discovery, you must embrace joy as a moral obligation.
—André Gide


I have just returned from a morning walk, down to Willows beach continuing to Cattle Point and looping back along the Camas Trail.

A cool shower and fresh clothes have revived me. 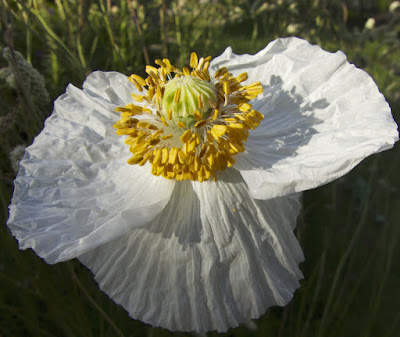 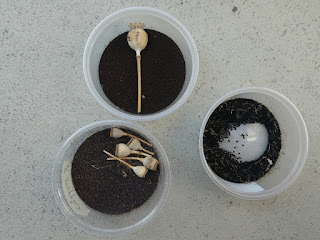 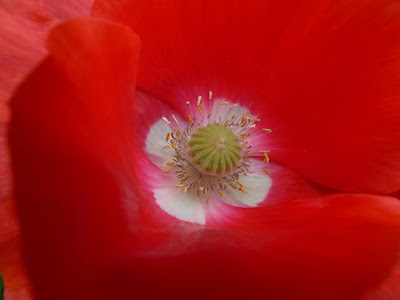 To the left of the boat launching ramp at Cattle Point, I saw a gay red and white umbrella sheltering three men from the sun. They were seated on folding chairs and each sported a wide-brimmed straw hat. For a moment one man turned to speak to his friend and I saw that he was smoking a cigar.  Keeping my gaze on the old codgers, I saw that each man had a cigar, and the fragrant smell followed me as I moved away. 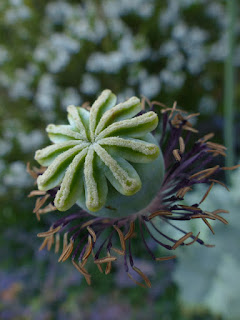 As I looped back, I saw a young couple heading for the beach at Willows. They held take-out coffees and the young woman carried the familiar pink box of a neighbourhood bakery.

Closer to home, walking down one of Oak Bay's many lanes, I smiled as I saw three small bikes, lying on their sides in a fenced back yard. They seemed to be dropped just as their young riders must have leapt off to begin another adventure. Or maybe it had been bedtime the night before, and they had been called indoors. Three siblings, perhaps.

The joy of connections.

The joy of endless summer. 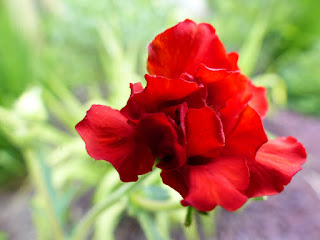 As I continued along the lane, I saw a sturdy rack that held three colourful kayaks, a garden that overflowed with colour and white blossoms gathering on the ground from a huge tree that I hope survives at least as long as I do.

Small things, maybe. And maybe not.

If I hadn't walked this morning, I would have missed these treasured sights.

I would also have missed the sounds that the geese made as they scrounged in the seaweed for food and the birds calling out to one another. I wonder again why walkers and runners "plug themselves in" along such a heavenly area.

Early last evening I spent more than an hour gathering seeds in our back garden. At first I collected the tiny black ones from my self-seeding annual poppies.  I call them Pennington-Poppies as these flowers originated from a home I rented with my two young daughters about 40 years ago in the Cowichan Valley, my first stop on Vancouver Island. 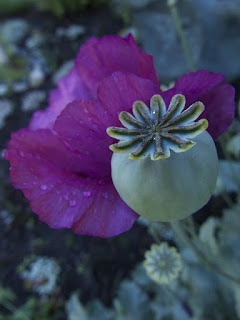 Cutting the seed pods from browning plants, I stood them stem upwards in an empty yogurt container. 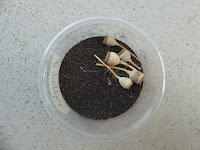 There was silence, except for the muted sound of my steps and the tapping of the poppy heads gathering in my container. 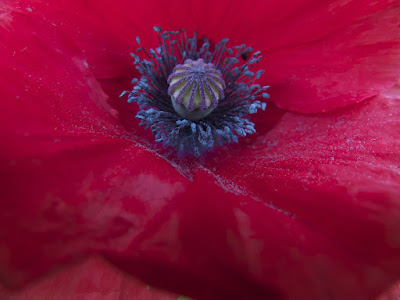 Clearly the joy I experienced might not be everyone's! Just as people differ from one another, so too what we enjoy and consider joyous differs as well.

For me, joy is an opening. A feeling of expansion. Of being in the present.

Joy is noticing the beauty surrounding us and the goodness sometimes hidden deep inside people.

André Gide writes that joy is a moral obligation, and never more so than now as there have been two mass shootings in the United States in a span of just 24 hours.

Never more than now as men and women experience homelessness in part because there is not enough low-cost housing, and when children are kept in cages, separated from their families.

We must counter the fear and hate by embracing love and joy, doing what we can in our own communities to give balance to our lives and to the lives of our adopted neighbours. 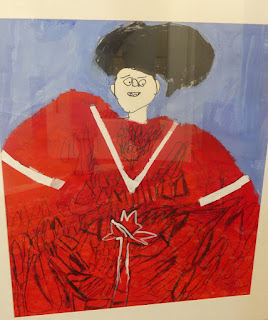 Theopedia describes joy as "a state of mind and an orientation of the heart. It is a settled state of contentment, confidence and hope."

Once we have discovered this, embracing joy becomes a necessity.

And, for each one of us, it is also an obligation.

painting of Sidney Crosby by Greg Robertson
Posted by fromtheothersideofseventy at 13:57