The convergence of four Events in five days was the basis for this post;  like a dot-to-dot children's puzzle, they connected to create a circle so obvious, it was difficult to ignore. It's as if the molecules bumping into me were saying 'Do you get it?' and then a bit louder, 'Do you get it now?'

Zelda Dean is the director of 17 Stories, and the force behind this series of fast-paced vignettes concerned with loss.  She had long dreamed of launching a Jewish theatre group in Victoria, and Bema Productions' inaugural play is intense and deeply moving. 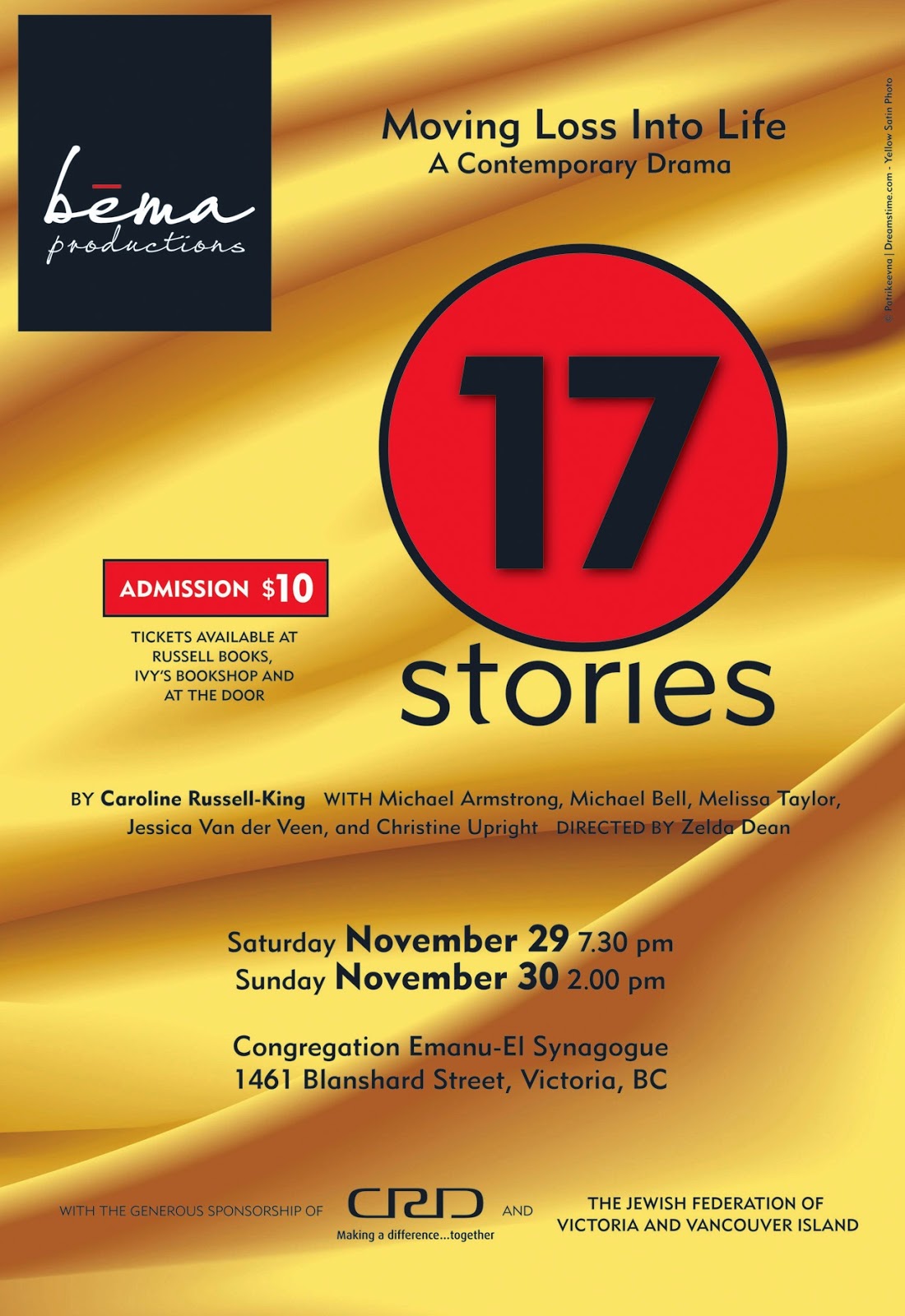 Loss through suicide and disappearance, loss of a relationship and the tragic loss of childhood and identity experienced by First Nations children as they were forced into the Residential Schools.  Loss in numerous voices, speaking out and being heard.


As the week continued, the theme of loss was woven into my life

Event Two was seeing a quote that Brian Andreas, the creator of Story People, posted on his site. The wood block print read: 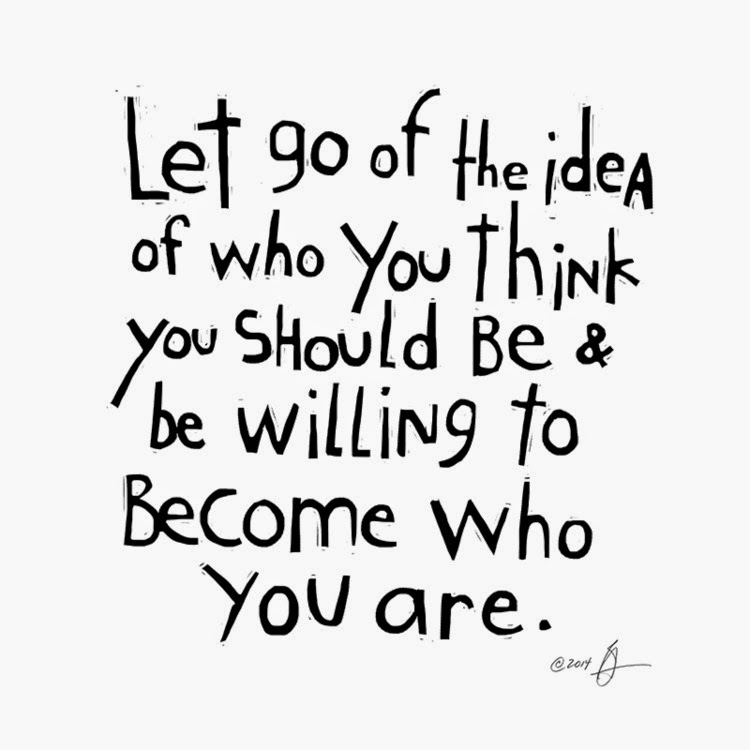 So, when will the critic on my shoulder tumble and be booted aside? Andreas says 'NOW'.  oh.

I guess this time around I won't know much about history or spelling or be able to count without using my fingers.  I won't be a marine biologist or sing in tune. Though I am creative and take chances, I certainly won't be tall.  I am energetic, often loud. I don't ease my way in, bounce or butt might be closer to the truth. I am honest, compassionate and generous. (oh my god, can I really publish this?) I am not as patient as I had hoped I'd be, but I'm kinder. I am true to my friends and becoming a wee bit more tolerant of people whose opinions are opposed to mine.  A wee bit. I am also older and wrinklier and definitely more decrepit than I could ever have imagined.  Yes, Andreas, loosening my hold on 'fantasy Jackie', I am on my way to become who I am.

I will keep Wednesday's Event in my pocket to pull out every now and then. In line for the buffet at a private club, myself and two friends were chatting. A gentleman, perhaps in his 60s,  turned around and spoke to me: 'Your necklace is very beautiful.' ('thank you') and he continued  'and it looks wonderful with what you're wearing.' ('thank you')  Later, at our table, my friend commented on this, saying how unusual it was for a male stranger to comment in that way. 'He was hitting on you!' she said with delight.

I guess he didn't notice that my hair was growing thin and that I needed some sort of face cream to hide blotches and the circles under my eyes. Just two hours earlier, staring in the mirror, I had confronted the loss of my youth. And then a stranger's compliment; a gift to me as I am now.

The fourth Event was at St John the Divine Church, where I volunteer on distribution days, at their food bank.  Clients choose approximately 15 non-perisable food items and help themselves to fresh produce.  They may come only once during the month. At St. John's, they are welcomed and honoured, however, our good humour and politeness does not give these men and women the money they need to end their unwanted dependency on 'charity'. 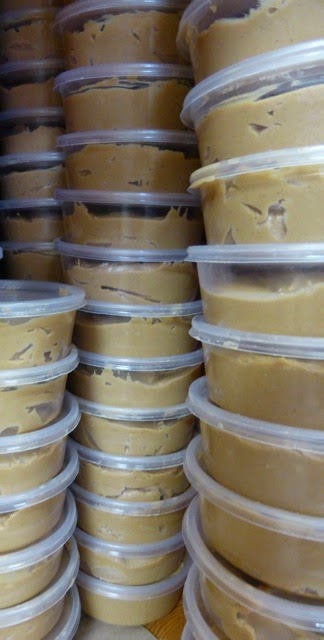 When I sneak a second thin roll of toilet paper into a woman's shopping bag, I am furious that she needs to benefit from my stealth in order to take care of her most basic needs. I apologize when we run out of peanut butter or coffee when there are people still awaiting their turn.

However much I try, my graciousness does not give food security to the people using the food bank, nor does it undo the loss of dignity that poverty imposes.

Loss comes in many forms.


*see the article by Peggy Wilmot in the Times Colonist Comment section, Thursday, December 4.  'Food banks a Band-Aid on a gaping wound'
http://www.timescolonist.com/opinion/op-ed/comment-food-banks-a-band-aid-on-a-gaping-wound-1.1637099